MADRID, Aug. 7 (Xinhua) -- An Air Europa flight on the route from the Grand Canary Island to Madrid was forced to make an emergency landing in Malaga, southern Spain, after a passenger refused to wear a protective facemask, Spanish TV networks RTVE and Antena 3 reported on Friday.

The plane was due to arrive in Madrid at 9 p.m. local time (1900 GMT) on Thursday, but was diverted to Malaga, after the passenger, who was described as "Ukrainian and under the effects of alcohol," refused the requests of cabin crew "on repeated occasions" to put on a mask and continued drinking.

His attitude led to the crew of the plane activating the appropriate protocol to divert the aircraft to the nearest airport, where he was arrested by Spanish Civil Guards upon landing before the aircraft continued its journey to Madrid.

A video broadcast by Antena 3 showed that the remaining passengers on the flight were applauding after the chief of the cabin crew apologized for the delay and thanked them for their collaboration.

Face masks are obligatory both indoors and outdoors in Spain, as well as on all forms of transport, with airlines among the first to make wearing them obligatory at all times. 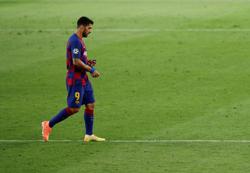 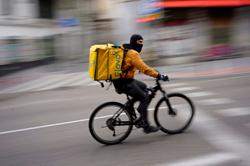