(Reuters) - Police were on the hunt for a gunman suspected of shooting and wounding a sheriff's deputy at a police station in central California on Wednesday, who was also linked to the killing of a local man, law enforcement officials said.

The suspect, identified as 26-year-old Mason James Lira from the Monterey area, was "armed and dangerous," according to a statement http://www.slosheriff.org/press_releases.php from Tony Cipolla of the San Luis Obispo County Sheriff's Office.

The sheriff's deputy, who was struck by gunfire at the Paso Robles Police Department headquarters at about 3:15 a.m. PDT, was airlifted to a local hospital and was in serious but stable condition, according to local media.

About four hours later, the body of an adult male was discovered near an Amtrak train station in Paso Robles. He was dead from a single gunshot wound to the head "fired in close proximity," Cipolla said in an earlier statement.

The cause of death was determined to be homicide, he said.

"Investigators believe the homicide is related to the shooting incident this morning that is being investigated by the Sheriff's Office," Cipolla said.

Police said the suspect went on a "shooting spree" early on Wednesday when he opened fire on the Paso Robles Police Department building.

Paso Robles, a community of about 32,000 on the picturesque central California coast roughly midway between Los Angeles and San Francisco, is best known for its wineries. 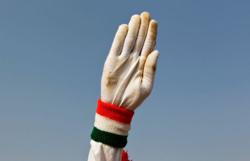 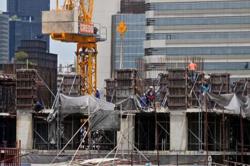 Migrant labourers will be allowed to work in Thailand for longer