FILE PHOTO: Canada's Prime Minister Justin Trudeau arrives to a meeting of the special committee on the COVID-19 pandemic, as efforts continue to help slow the spread of the coronavirus disease (COVID-19), in the House of Commons on Parliament Hill in Ottawa, Ontario, Canada May 13, 2020. REUTERS/Blair Gable

WINNIPEG, Manitoba (Reuters) - Canadian Prime Minister Justin Trudeau said on Saturday he would look at possible ways to help airlines further, but laid out no new measures after the country’s biggest airline announced mass layoffs due to the coronavirus pandemic.

"This pandemic has hit extremely hard on travel industries and on the airlines particularly," Trudeau said in a briefing in Ottawa. "That's why we're going to keep working with airlines, including Air Canada, to see how we can help even more."

Canada has already put in place a wage subsidy to try to keep more Canadian workers on payrolls, and recently announced loans for large employers.

Trudeau sidestepped questions about whether his government may take an equity stake in Air Canada to help it survive, and whether its layoffs suggest the wage subsidy is not working.

"My interpretation is that Air Canada is playing hardball with the government, indicating that ... the industry is going to need billions."

Asked why Air Canada did not use the government's wage subsidy instead of issuing layoffs, a representative of the airline repeated a statement that normal traffic levels "will not be returning anytime soon."

Canada's National Research Council on Tuesday said it was collaborating with CanSino to "pave the way" for future trials in Canada.

The council will work with manufacturers so that the vaccine can be produced in Canada if the trials are successful, Trudeau said. 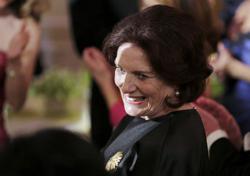 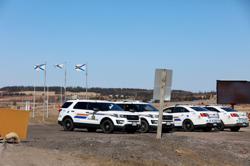 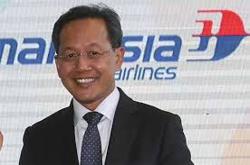