Asadullah Poya with his 18-month-old son Donald Trump, poses for a photograph at their rented house in Kabul, Afghanistan, Thursday, March 15, 2018. - AP

KABUL: When Asadullah Poya’s wife gave birth to their third child in a tiny village in rural Afghanistan, he immediately thought of Donald Trump.

Not Donald Trump the upstart politician, who at that time was in the thick of the 2016 presidential campaign, but Donald Trump the celebrity businessman. He had just recently read a Dari translation of what appears to be “Trump: How to Get Rich,” published in 2004 by the then-star of “The Apprentice,” and was transfixed.

“I loved his personality. I thought he is the best at economics and he is great at politics,” Poya said. “I thought `This is a great man.’ I liked the way he decides he wants something and then he goes and gets it.”

So when his baby came into the world in August 2016, and he saw that the boy had an unusual shock of blond hair, he named him Donald Trump, hoping it would bring him good fortune.

Poya’s own parents were furious that he had given their grandchild a non-Muslim name. The imam of the village mosque devoted an entire Friday sermon to the matter, calling the name an insult. The opposition doesn’t have much to do with President Trump’s politics, but with the decision to break with tradition and name the boy for a non-Muslim.

“Every day the situation got worse,” Poya said. “Every day in the house, when I was calling my son Trump, my father got angrier and angrier, until finally my father couldn’t tolerate it anymore.”

It was then that Poya decided to pack up his family, leave his teaching job and the family farm, and move to the Kabul. 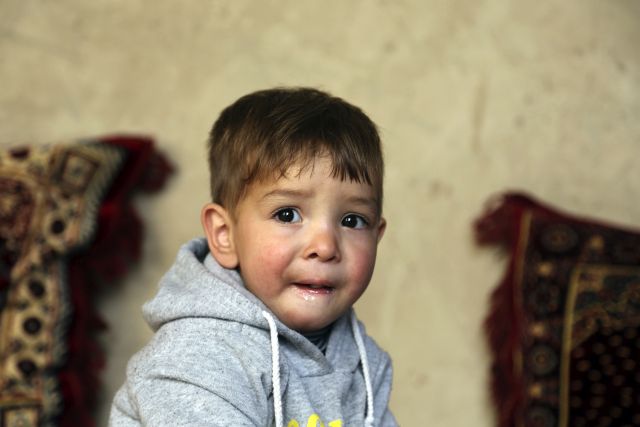 Poya and his children __ Donald Trump, his older sister Fatima and brother Karim __ now live in a simple one-story house that they share with their landlord.

But Donald Trump isn’t liked in the capital either.

On Thursday, five neighbors approached the landlord and demanded he throw Poya out, calling him an “infidel” for not giving his son a Muslim name.

Others have accused Poya of naming his son Donald Trump in order to improve his chances of gaining asylum in the United States. On the campaign trail, Trump had called for a ban on Muslims entering the U.S., but what about a Muslim refugee named Donald Trump?

Poya insists he does not want to leave the country, and that he never intended his son’s name to be in the news. He says a local government official in the district where he registered his son’s name posted the identity card on Facebook.

Poya said he and his wife had to block their Facebook pages after they received a deluge of angry comments and threats. One user said four men were coming to kill him, while others called him an infidel or an atheist, a potentially fatal accusation in a conservative Muslim country. 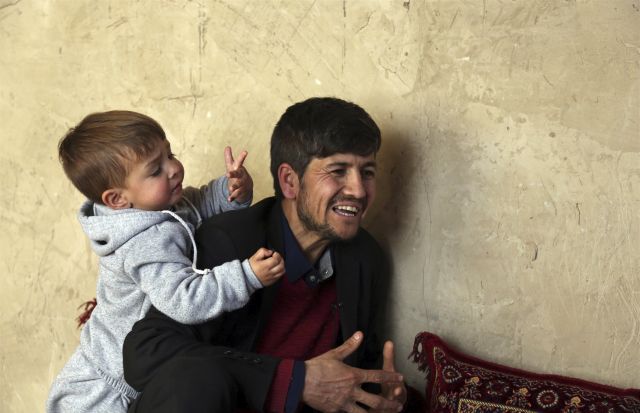 Asadullah Poya plays with his 18-month-old son Donald Trump, during an interview with The Associated Press at their rented house in Kabul, Afghanistan, Thursday, March 15, 2018.

“But a name is a name,” Poya said. If Donald Trump wants to change his name when he is older, his father says he is free to do so. “But now it is my decision, and I have decided it is Trump.”

On Thursday afternoon, the chubby, 18-month-old boy was running around the house. His father called for the high-energy toddler to stop, but Donald Trump stubbornly ignored him. Then Donald Trump ran over to a computer and started slapping the keys with his tiny hands _ almost as though he wanted to send an angry tweet.

He’s still a big fan of his son’s namesake, and says he would love to meet President Trump someday.

“I would like to see him and talk to him and tell him please bring peace and stability for Afghanistan,” said Poya. “He is the president. He can do it.”

Undeterred by the controversy his son’s famous name has ignited, Poya said that if he has a fourth child and it is a girl he would like to name her after President Trump’s daughter, though he had to be reminded of her name.

“Ivanka Trump” is unlikely to be any less divisive. – AP