Wreckage of Soviet WWII plane recovered from riverbed in Poland

(Reuters) - The wreckage of a World War II Soviet plane and the remains of two crew members, believed to have been shot down by German forces in 1945, have been retrieved from a riverbed in central Poland, local media reported.

The plane was pulled out from the mud of the Bzura river, some 70 kms (43.5 miles) west of Warsaw, after draught caused the water level to fall to a record low.

Polish media said the remains of two crew members were also found. The plane has been taken to a museum in the nearby town of Wyszogrod, where it will be examined.

"It was a Soviet plane. All inscriptions on it were written in Cyrillic script," museum director Zdzislaw Leszczynski told Polish television. "The pilots were dressed in furry shoes and sheepskin coat suggesting (the plane was shot down in) January 1945."

Footage of the excavation on Sunday showed explorers using a metal detector and examining the wreckage's depth with metal pins in the muddy riverbed as local residents looked on.

"People knew (about the plane)," one resident said. "The wreckage has even been examined by touch several times. However, it hasn't been excavated due to the water level, which is usually two metres higher at least."

(Writing by Reuters Television and Marie-Louise Gumuchian in London, editing by Larry King) 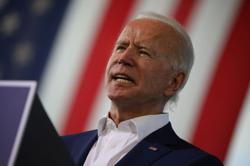