Many people arrested in May Day protests in Philippines 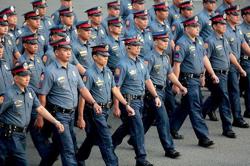 Members of a youth group in Star Wars costumes entertain locals along a road in Malabon, Metro Manila, Philippines, on May 1. The youth group walks along streets to give residents some form of entertainment as they endure the continued community quarantine and to remind them to stay at home to prevent the spread of the coronavirus. - AP

MANILA: More than 50 labour and human rights activists were arrested in the Philippines on Friday as they marked Labour Day with street demonstrations, said officials on Saturday (May 2).

The protests were smaller in size than other years due to a ban on mass gatherings during the Covid-19 (coronavirus) lockdown.

The labour group May One Movement said 42 people were arrested in the city of Iloilo, 460km south of Manila, as they held a tribute protest in memory of an activist shot dead on Thursday inside his coffee shop.

The demonstrators were arrested despite wearing masks and maintaining social distancing, the group said.

In the suburban city of Marikina, 10 relief workers were detained as they distributed food packs as part of their Labour Day activities, while two were arrested in Rodriguez town, just east of Manila, as police broke up a gathering of about a dozen protesters.

The demonstrators were demanding mass testing, paid quarantine leave and hazard pay for workers in the Philippines.

In the slum district of Tondo in Manila, a small group of workers, all wearing masks, held a noise barrage with pots and pans as they demanded for better protection for workers.

"We join the workers around the world in protest amid this worldwide pandemic,” Jerome Adonis, secretary general of the May One Movement, said in an online rally. "The ongoing militarist lockdown has victimized many.”

"There is not enough food for the Filipino workers,” he added.

"The government’s answer to this problem - to arrest. This regime will not stop us, and various protests are taking place in communities to express dissatisfaction with the government.” - dpa
Article type: metered
User Type: anonymous web
User Status:
Campaign ID: 46
Cxense type: free
User access status: 3
Join our Telegram channel to get our Evening Alerts and breaking news highlights

Philippines , May Day Walk , Many Arrested 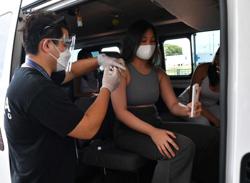