A worker wearing a face mask as he rides a cart past a closed shop with a Chinese flag in its window in Beijing, on Friday (March 20). After the Covid-19 gripped China, onlookers saw a "lockdown” at the outbreak’s epicentre of Wuhan, with public transit coming to a halt, monitors enforcing orders keeping people inside and officials going door-to-door searching for infected people to go into quarantines. - AP

BEIJING/PHILADELPHIA: Newscasts bring word of "hot zones” and "lockdowns.” Conversations are littered with talk of "quarantines” and "isolation.” Leaders urge "social distancing” and "sheltering in place” and "flattening the curve.”

In an instant, our vocabulary has changed - just like everything else.

It seems like just days since people were looking up "caucus” for clarity on the American political process or "acquit” to decode the Senate’s verdict in President Donald Trump’s impeachment. Now, those turning to online dictionaries are parsing the difference between epidemics and pandemics, ventilators and respirators, seeking some black-and-white answers in the face of total uncertainty.

"Words matter,” says John Kelly, a senior research editor at Dictionary.com. "They provide comfort and order amid chaos. They provide solidarity in an age of social distancing.”

A look at the fast-evolving lexicon of the Covid-19 (coronavirus) pandemic:

Trump, who spent weeks brushing off the severity of the crisis, is now touting himself as "a wartime president” leading the fight against the virus. New York Gov. Andrew Cuomo is equating ventilators to "missiles” in the battle. French President Emmanuel Macron has bluntly declared: "We are at war.”

Around the world, words typically used in relation to nuclear fallout, active shooters, deadly storms and war are now being deployed to discuss disease.

John Baugh, a linguist at Washington University in St. Louis, says doctors are desperate to shake the public to attention, using metaphors they think can convey the seriousness of the problem. Politicians may be doing the same - or may be trying to capitalise on catastrophe.

"They’re intended to grab attention, whether it’s politically motivated or for some other reason,” Baugh said.

After the virus gripped China, onlookers saw a "lockdown” at the outbreak’s epicenter of Wuhan, with public transit coming to a halt, monitors enforcing orders keeping people inside and officials going door-to-door searching for infected people to be forced into quarantines.

As Covid-19 moved west, though, the meaning of such terms has morphed, and leaders’ definitions of disaster jargon has been as varied as the public's interpretations.

Cuomo, whose state has the largest number of virus cases in the US, created a "containment zone” in New Rochelle last week. Paired with an order dispatching the National Guard - though only for cleaning and food distribution - the phrase conjured images of mass quarantine even as businesses remained open and people were free to come and go.

Cuomo and New York City Mayor Bill de Blasio have subsequently aired different messages on the possibility of more severe restrictions in the biggest American city, with the mayor urging residents to prepare to "shelter in place” and the governor criticizing the idea and the language. Cuomo has dismissed "shelter in place” as a relic of the Atomic Age, when people were trained to get to an interior windowless room until they got an "all clear” message.

"Now, that's not what people really mean, but that's what it sounds like,” he said. "Communicate what you mean without using terms that nobody understands and only incites panic.”

With people clamoring to know what's next, it's important that a San Francisco "shelter in place” not be confused with a Wuhan "lockdown,” but it's hard to get the same message projected everywhere.

"People are using different terms somewhat interchangeably,” said Dr. Irwin Redlener, an expert on disaster preparedness and public health at Columbia University. The tug-of-war over terminology echoes the patchwork of measures that state and local governments have taken, he said.

Kathleen Hall Jamieson cringes when scientists toss out statements of "morbidity” and "mortality” in the same breath, when public officials warn of "asymptomatic” people posing a threat, and when news conferences are peppered with words like "vector” and "transmission.”

"They are incomprehensible to many in the public,” said the University of Pennsylvania communications expert, who co-edited "The Oxford Handbook of the Science of Science Communication.”

That means saying something like "not showing any symptoms” instead of "asymptomatic,” using simple verbs like "spread” versus "transmit,” and opting for the clarity of "hand-washing” over "hygiene.”

But Hall Jamieson marvels at how Dr. Anthony Fauci and others have managed to get the public to grasp a complicated medical concept with the phrase "flattening the curve,” often accompanied by visual hand cues.

And many see "social distancing” to be the greatest pandemic-era addition the vernacular yet - easily understood phrasing that’s helped communicate to millions that they need to keep a safe berth to avoid spreading the virus.

"That’s really taken off,” says Eric Acton, a linguist at Eastern Michigan University, "and (it's) a term that probably will have a life that outlives this outbreak.”

"We now have a name for the disease,” the head of the World Health Organisation, Dr. Tedros Adhanom Ghebreyesus, announced on Feb. 11, declaring it Covid-19.

It doesn't exactly roll off the tongue, and no obivous acronym like AIDS or SARS or MERS has arisen as a replacement.

Seeking to rebrand, Trump and his allies have taken to calling it the "Chinese virus," which many consider racist. Alaska Rep. Don Young played on the coronavirus' linguistic similarity to a libation often consumed with a lime wedge, dismissing it as a "beer virus” overblown by media hysteria. And others bored with the limitations of Covid-19 and the even clunkier name of the virus that causes it - severe acute respiratory syndrome coronavirus 2 - have come up with their own shorthand.

"One of my students just referred to the virus as "The Ronies,” Acton said Thursday after a research group meeting conducted virtually. Online, where people are chronicling their "quarantini” mixology (typically Emergen-C and a favored spirit), "Rona” is being popularized to refer to the pandemic.

There are doubts it will gain widespread use.

"The genie’s out of the bottle,” says Dr. Scott Ratzan, editor-in-chief of the Journal of Health Communications. "It’s either Covid-19 or just the coronavirus.” - AP
Article type: free
User access status: 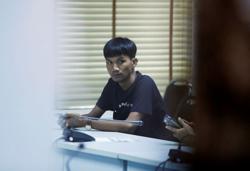