United Nations Secretary-General Antonio Guterres (centre) together with religious representatives speaking to the media during his visit the Sikh Shrine of Baba Guru Nanak Dev at Gurdwara Darbar Sahib in the Pakistani town of Kartarpur, near the Indian border, on Tuesday (Feb 18). - AFP

ISLAMABAD: United Nations chief Antonio Guterres in a four-day visit to Islamabad announced that he is worried by underlining his fears about tensions between Pakistan and India over the disputed Kashmir region.

Guterres reiterated his offer to facilitate talks in search of a solution to the dispute, while stressing the need to take steps to de-escalate both "militarily and verbally."

India and Pakistan have thorny relations and have fought three wars, two of them over the disputed Kashmir region.

Tensions have been running high since a decision by India in August to strip the region of Kashmir of its special autonomous status in a decision that angered Pakistan.

"Diplomacy and dialogue remain the only tools that guarantee peace and stability with solutions in accordance with the Charter of United Nations and resolutions of the Security Council," the UN chief said.

The UN Chief praised Pakistan for its crucial role in Afghan peace process and for hosting Afghan refugees.

"Today we are being seen as part of solution. There was time when Pakistan was seen as part of the problem by the international community," Pakistan's top diplomat Qureshi said.

The secretary general was in Islamabad for four-day visit to meet Pakistani leaders, discuss topics including sustainable development, climate change and peacekeeping and participate in a conference on Afghan refugees.

Pakistan is organising an international conference with the UN refugee agency UNHCR, marking 40 years since hundreds of thousands of Afghans found refuge in the country.

The ministry said the UN chief's participation in the conference was a "recognition of Pakistan's exemplary compassion, generosity and resolve in hosting Afghan refugees for the past four decades and our efforts for peace and stability in Afghanistan."

The country has been hosting one of the world's largest Afghan refugee communities who fled to Pakistan after their country was invaded by the Soviet Union in 1979 and during later conflicts. 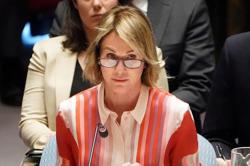 U.S. envoy to U.N. pushes back against criticism over protests 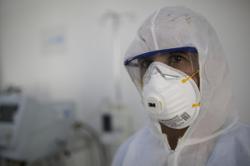