Visitors walking around Kota Lama, one of the popular tourist destinations in Semarang. - JP/ANN

SEMARANG (The Jakarta Post/ANN): Semarang, a Central Java city known for its acculturation of Javanese and Chinese cultures, has been named as the cleanest tourist destination in Southeast Asia.

The Asean Clean Tourist City Standard (ACTCS) bestowed the title on Semarang for the year of 2020 to 2022.

Hendrar said the city owed various parties for the accomplishment, including members of the public.

“Stakeholders, the Semarang administration, members of the public, and the media [played a role], ” he said on Sunday (Jan 19) on the sidelines of an event in Semarang.

“Everyone has committed to changing Semarang for the better.”

The ACTCS initiative is meant to provide Asean member countries with tools that will help improve the quality of tourism in their cities, as well as improving the livelihood of local residents by alleviating poverty, according to the official Asean website.

Hendrar went on to say that the administration would remain focused on maintaining the city’s cleanliness through a number of public campaigns such as the Semarang Won’t Litter Movement, which was also expected to reduce plastic waste.

Other measures would entail reducing vehicle emissions and increasing the amount of green public spaces (RTH) to more than 30 per cent of the region, he said.

Semarang is home to 259 parks and green spaces, both private and public, at the time of writing. Around 29 parks were revitalised in 2018.

Semarang Culture and Tourism Agency head Indriyasari said Semarang was much less polluted than any other city across the province.

“It explains why the number of tourists visiting the city increased to 7.2 million in 2019. I hope the number, as well as the quality of the tourist experience will keep improving this year, ” she said, adding that the majority of tourists spent a day or two in the city.

In an effort to improve the quality of the tourist experience, the local administration has announced that 72 tourist events are in the pipeline. Two such events, the Sam Poo Parade (traditional Chinese carnival commemorating the arrival of Admiral Cheng Ho in Semarang) and the Old Town Festival, have been included on the Tourism Ministry’s Calendar of Events this year. - The Jakarta Post/Asia News Network 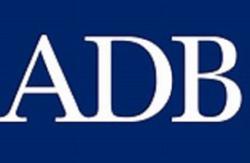