PAGADIAN CITY, Zamboanga del Sur, Philippines (ANN): An eight-year-old girl in third grade failed to go to school for days after her mother forced her to kneel on embers for a perceived misdeed on June 24, the Feast of St. John the Baptist.

That day, the teacher dismissed the class early in the afternoon to allow the children to celebrate the St. John the Baptist Day by enjoying the rain.

Claire (not her real name) related to the INQUIRER what had happened to her.

On being dismissed, she left her bag in the classroom, planning to get it later. But when she returned to the classroom it was already locked.

So she went home, which was just walking distance from school, without her bag.

The mother, suspecting that Claire had skipped classes, told her to go back to school and get her bag.

The girl did so. Of course, the classroom was still locked.

When Claire returned, still without the bag, her mother beat her with some hard object and got some burning firewood from the kitchen, where she had been cooking.

The mother then made Claire kneel on live embers.

The teacher only discovered what happened to Claire on Friday. She had been puzzled by the girl’s unusual absence for days. So she visited to visit the girl at home in Tukuran town.

There she saw Claire in pain, both her knees badly burned.

The teacher immediately reported her pupil’s condition to the barangay council and the police.

Tukuran Vice Mayor Delfina Cortina said the parents — who reportedly had the habit of beating their children — were summoned by the barangay council, whose officials made them sign a document promising to stop abusing their child.

The local social welfare and development office, however, had not made any action yet nor made any statement on the incident.

Claire was temporarily sheltered by her grandparents for medication. Her four siblings stayed with their parents. 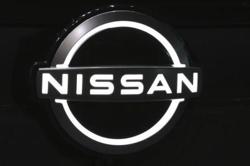