Beer is good for your health, but there’s a catch, of course

Yes, you read that headline correctly. Beer, consumed in moderation, can potentially be good for your health. In celebration of International Beer Day today (it’s celebrated annually on the first Friday in August), we look at some recent studies that have found surprising health benefits from partaking of the tasty beverages.

A recent study published in The American Journal of the Medical Sciences concluded that doctors “should be aware of the growing evidence supporting the nutritional and health benefits of moderate consumption of alcohol as part of a healthy lifestyle”.

Moderate drinking can protect health, but how much is too much?

The study found that beer contains more protein and B vitamins than wine, is high in antioxidants, and brings with it a reduced rate of cardiovascular disease. Of course, there is a serious caveat along with this, as the study notes this only applies to “moderate drinking” – which means one drink per day for women and two maximum for men. It also only works if the rest of your diet is healthy and balanced and doesn’t entirely consist of pub food bought with your pint.

Hongkonger Sisi Yip, who graduated from the University of Leeds in northern England with a degree in nutrition, works as a nutritionist and personal trainer in Hong Kong. She says the interesting thing about beer is that it is loaded with a variety of healthy compounds.

“Beer contains trace amounts of minerals such as calcium, iron, magnesium, phosphorus, potassium, sodium, zinc, copper, manganese and selenium, fluoride, and silicon,” she says. “Beer also includes a range of polyphenols such as flavonoids and phenolic acids that contribute directly to several beer characteristics such as flavour, haze, body and fullness.” 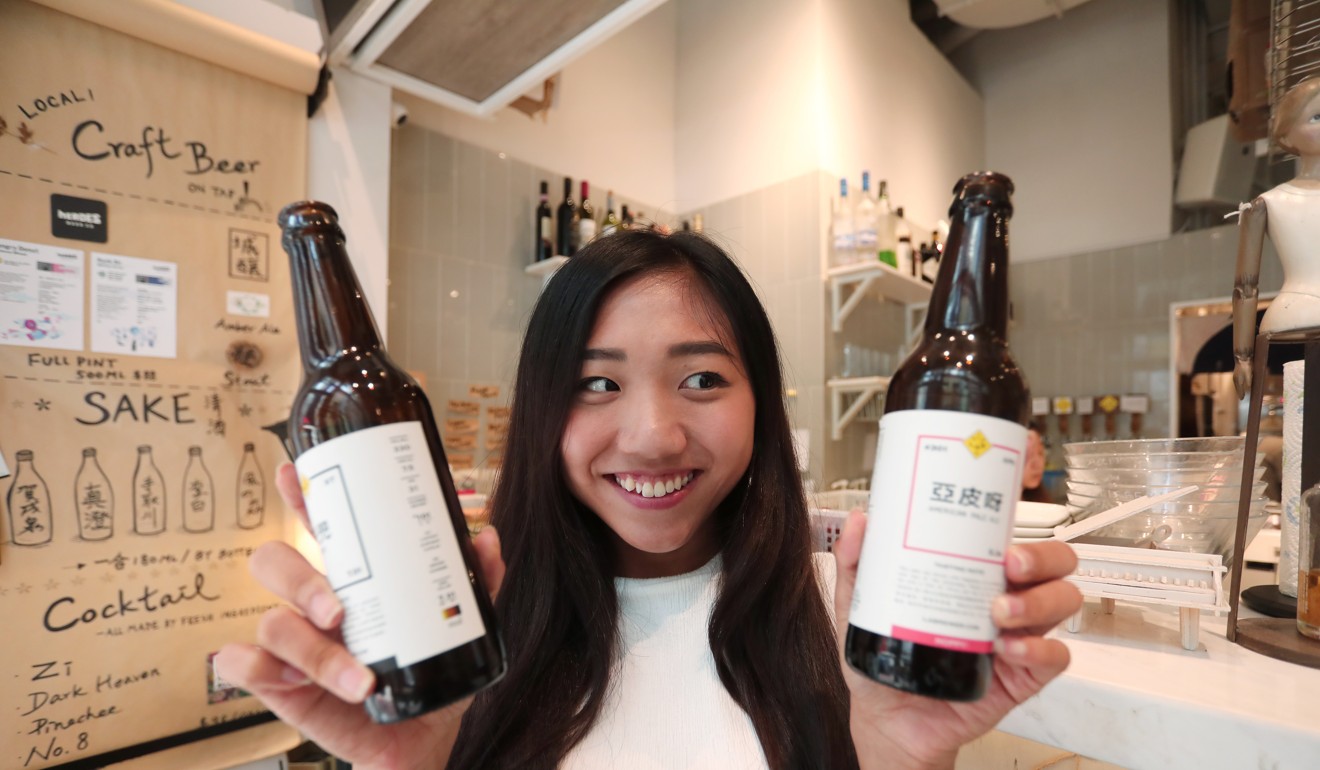 Yip notes that research has shown polyphenols (naturally occurring chemicals found in plants) can lower the risk of developing atherosclerosis, type 2 diabetes and heart disease due to their anti-inflammatory effects. In terms of diabetes, xanthohumol, a key ingredient used to make beer, has been found in multiple studies to reduce the likelihood of insulin resistance in mice who were fed high-fat diets. Yip notes that regular beer, as opposed to light or dark, has the highest levels of polyphenols. Non-alcoholic beers have the same health benefits, she added.

Of course, too much alcohol is associated with a wide range of ailments including high blood pressure and liver disease, not to mention the loss of cognitive function during intoxication and the subsequent hangover. Beer is also high in calories and carbohydrates.

Yip says the best approach is to space your drinks out and count them on a weekly basis.

“Men and women are advised not to drink more than 14 units a week on a regular basis,” she says. “Spread your drinking over three or more days if you regularly drink as much as 14 units a week. Ideally, the health limit is up to one pint for men and half a pint for women per day.”

German research published in the online journal Scientific Reports found that beer really can make you happier, and when consumed in moderation has a number of brain health benefits as it hits a specific dopamine receptor. The term “happy hour” seems to have some scientific backing. 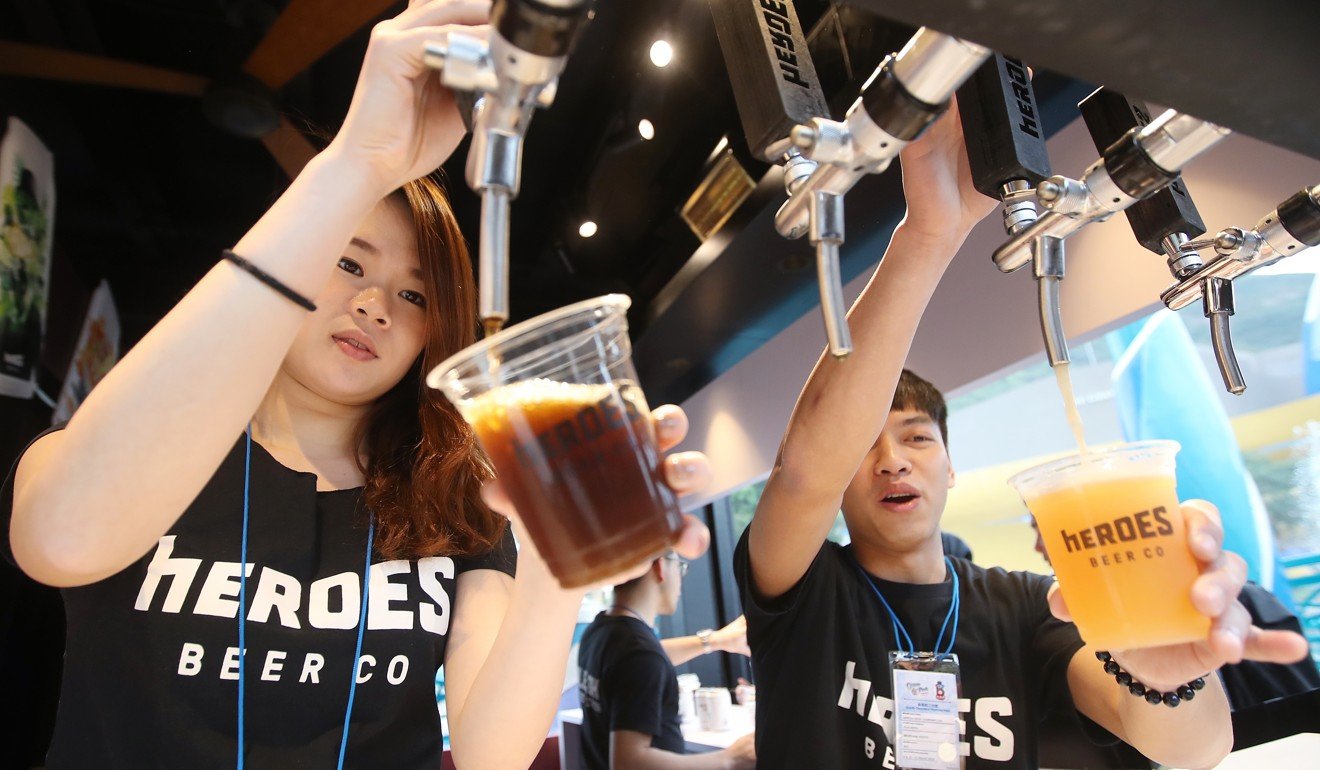 International Beer Day, which was founded in 2007 in California, has now become a worldwide celebration. Pubs and bars across the planet have pounced on the event, offering specials and discounts throughout the day. In Hong Kong, the DiVino Patio in Wan Chai is offering an “all you can drink” special (HK$195) when it comes to draught beer for the entire month of August.

Beer itself dates all the way back to around 3500BC in the area that is now Iran. The drink is one of the oldest in the world and was first brewed after man discovered the process of fermentation for cereal (the edible component of grain). Estimates now put the global beer industry at about US$600 billion.

If you don’t like beer, but still want to indulge in an alcoholic drink, are there healthy alternatives? Yip says yes, but stick to wine – and, of course, no more than a glass or two at most in one sitting.

“Studies indicate similar protecting effects of both wine and beer against cardiovascular risk,” she says. “Red wine is also a beverage rich in polyphenols, so it’s a big yes. The take-home message is up to 14 units a week. Moderation is key. This is equivalent to a bottle and a half of wine over the course of a week.”