End of a surreal romance

HE’S 24 while she’s 36. Three years ago, love and passion ruled their world, and nothing else, not even age, mattered. He was one of Thailand’s best young footballers and she was among the nation’s sexiest TV stars, so it was a match made in heaven.

But life has intervened and romance is shying away, at least for now.

The break-up is making front-page headlines and dividing watchers along gender lines, but the bottom line is that after a few years of surreal relationship, Chanathip “Jay” Songkrasin and Pitchanart “May” Sakhakorn are being confronted with sexual and social realities that both had probably ignored.

She wants to get married. At her age, that’s understandable and even sensible. Reportedly influenced by his family, he wants to wait a few more years. Three years is the number being bandied about. Considering his age and career, that’s rational, too.

What’s wrong with the current live-in state? Many Chanathip sympathisers have asked that question. One possible answer is that when the two courted, what society thought was hardly a factor, but, living in Thailand and being a Thai woman, Pitchanat cannot turn a blind eye or deaf ear to social opinions forever. Living with a boy for six years out of marriage does not benefit a girl’s reputation where Thai society is concerned.

In addition to that, a late marriage would limit her options when it comes to having a baby.

What’s wrong with getting married now and showing a woman you love some commitment? That’s the question Pitchanat and her sympathisers are no doubt asking.

One possible answer is that marriage is overrated and doesn’t necessarily represent true love. Moreover, who’s the last man who gets married at 24 anyway? You can’t debate the Jay-May issue without allowing the battle of the sexes to come into play.

To Chanathip, having May as a girlfriend is fine and perhaps a more “exciting” state of affairs than if she became his wife. Jokes about how women’s sexual interests change after marriage exist for a reason.

Although I can’t read women’s minds, it’s quite obvious that they and men view marriage differently. When age is a factor, it gets a lot more complicated. For a man like Jay, keeping his options open at the age of 24 should not be considered irresponsible.

But then again, while he has choices to make along the way – because even as a potential globe-trotting famous athlete, we can’t expect him to have met the “right one” so soon – May has made her choice, and at her age, nobody can blame her.

So far, she has been the only party to speak up. He has not said anything, amid reports of big stress on the training ground.

The break-up, which had been whispered about for some time, was confirmed by May last week in an Instagram post, in which she explained they had to part despite still loving each other.

In her latest interview, she opened up a bit more, and basically said what you have read so far, in her own words. “Everyone has done his or her best. Nobody should be blamed for this. No finger should be pointed at anyone. None of us wanted this to happen and everyone is hurt all the same. Everyone has his or her reason. All parents love their children and every child must love his or her parents. I haven’t talked to him lately, (although) I want everyone to give him the same support that I’m receiving right now. Please don’t criticise his parents, because every father and mother loves their kids. ,,, I apologise if I caused them any problem,” she said.

Pitchanart asked Chanathip to get back in touch in three years’ time if he still has feelings for her and if she is still “available”. But she acknowledged that she would be relatively “old” by then.

The highly publicised romance has reached a crossroads. Nobody can give the ultimate advice because this is a personal matter between two persons in a complex relationship with so many things to think about.

The best we can do is to wish both of them all the best. There is no conclusion except that, if the love between them is true, it should prevail. However, Jay and May each going their own way doesn’t necessarily mean their love is not true, either.

True love, after all, is about letting go, isn’t it? — The Nation/Asia News Network 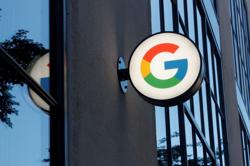