TOKYO: Young, pretty and hoping for stardom, Saki Kozai thought she had found her ticket to fame after an apparent model scout spotted her on a Tokyo street and offered her a job.

Then just 24 years old, starstruck and excited, she quickly signed a deal with the agency he introduced her to, believing that she would soon star in promotion videos.

In fact, it was not a modelling agency, and on her first day Kozai discovered the job required her to have sex on camera.

”I couldn’t take off my clothes. All I could do was cry,” she told AFP, adding that she saw no way out of her dire situation.

”There were about 20 people around me, waiting. No woman could say‘no’ when they’re surrounded like that,” she said.

Adult films are widely available in Japan, which has a relatively liberal attitude toward pornography.

But the industry’s dark side is rarely discussed, nor are the rights of those who work in it.

Accusations that women were made to perform in sometimes brutal sex scenes, on film against their will, prompted the industry to issue an unprecedented apology and promise change.

The surprise mea culpa followed the June arrest of three Tokyo talent agents accused of forcing a woman to appear in more than 100 pornographic videos.

Like Kozai, the unnamed woman also thought she would be modelling.

In other cases, girls have been lured by a lavish lifestyle before they are put to work in sex films to pay off the “debt”.

Agencies keep them stuck with threats, intimidation and fraudulent contracts.

She signed a contract that she says did not make clear the nature of her real work.

”The agency spent months trying to convince me. I had no choice” after signing the contract, the 26-year-old told AFP.

She resisted at first. But like Kozai and others, she succumbed to the pressure.

”At first, I said I couldn’t do it,” she added. “But when I did, it really hurt. The production team wouldn’t stop though.”

Japanese non-profit group Lighthouse, which works to stop human trafficking, said more than 60 actresses trying to escape the business contacted them in the first half of 2016 -- well above previous years.

”And we think this is just the tip of the iceberg,” said Lighthouse spokeswoman Aiki Segawa.

”Many victims feel guilty, thinking that what happened is their fault.”

Most women are young -- between 18 and 25 -- with little knowledge of legal contracts and a tough case to prove in court.

”They’re not necessarily all abused or locked up...It’s more like they are tricked into it,” Segawa said.

Kozai got hooked on tranquillizers to deal with the anxiety and she was isolated after the agency convinced her to cut off contact with family to focus on her career.

Kozai eventually left the agency that she says brainwashed her. But she continues to act in adult films as a freelancer.

Scouts have also shown up at university campuses or a victim’s home to demand huge fines from their parents if they refused to work, it said.

Japan releases some 30,000 adult films annually, according to industry figures.

And it can be nearly impossible to get coerced pornography out of distribution in the internet age.

One woman cited in the report had repeated plastic surgeries to escape her past, while another decided told an NGO she planned to hire a lawyer to stop the distribution of movies she appeared in.

But she hung herself before pushing on with the case, the report said.

Mariko Kawana, a pornstar-turned-novelist, started an organisation this summer calling on the industry for uniform, transparent contracts.

”Every adult movie company has its own rules -- it should be unified to protect the rights of actresses,” said Kawana, who says she worked in the business by choice.

For Kozai, who is mulling legal action against her former agency, the arrests and heavy media coverage may be the tipping point for change -- and help other women avoid her fate.

”If I can become an example, other girls who face these kinds of problems might be saved,” she said. -AFP 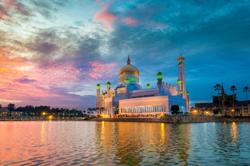 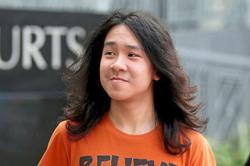