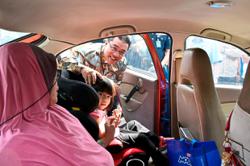 MELAKA: The Melaka government has revived the once-defunct Road Safety Council (MJKR) in view of the increasing number of road fatalities in the state.

Chief Minister Datuk Seri Sulaiman Md Ali said that the functions of MJKR were still vital to identify accident-prone areas as well as preventing the number of deaths.

"We need to keep our roads safe as a popular tourist spot and to prevent fatalities.

"Hence, I have restarted MJKR and also have put forward a proposal for the council to work with relevant stakeholders including private sectors to slash accident rates in the state," he said after launching a road safety campaign in conjunction with Chinese New Year at Ayer Keroh here on Thursday (Jan 19).

The event was organised by the Melaka Road Transport Department (JPJ). MJKR was also launched during the event.

Sulaiman said motorcyclists contributed to the highest casualty rates in the state and there was a need to encourage the riders to think of their safety.

"The rate of traffic accidents is worrying in the state," he added.

He said it is also important to do everything possible to prevent road accidents through awareness campaigns.

MJKR was among five other state agencies that were closed in May 2018 by the former Pakatan Harapan-led Melaka government, citing their functions were no longer relevant. 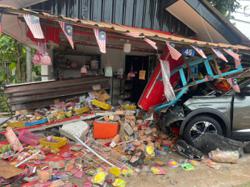