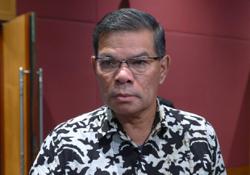 PUTRAJAYA: Restructuring efforts within the Immigration Department are among the main issues that will be looked into by the Home Ministry, says Datuk Seri Saifuddin Nasution Ismail.

The Home Minister, who had his first official meeting with the Immigration Department, said that around 97% of existing staff members were listed as support personnel.

The department currently has 14,142 personnel from the available 15,560 postings.

"However from this, there are those among them that have high academic qualifications. This has led to their career progression and promotion opportunities to be limited," he said at a press conference at the department headquarters on Friday (Dec 9).

He added that current restructuring efforts have led to 285 new postings.

"These new postings will not bring about financial implications to the government. More opportunities for promotions and a wider career progression will be realised by this restructuring," he said.

Another issue that the minister would be keeping a close eye on was foreign workers.

As of Nov 30, there were currently 1,391,624 foreign workers with valid work passes in the country.

Despite the approved applications, only around 254,677 workers had arrived.

He said that workers might still be held up by other issues outside the jurisdiction of the Immigration Department.

"We do not want to trouble people or complicate matters. It would not make sense to have this department, which is responsible for foreign workers, to complicate things which would then lead to negative implications to the country’s economy.

Delays in passport renewals and applications were also being looked into.

"The department is studying a new way to issue passports where applicants who need to travel within a month can have their application approved in three days or less.

"For those without a need to travel within the one month period, their applications will be processed within 30 working days.

"These are the same standards practised by developed nations such as Canada, the United States and Australia," he added. 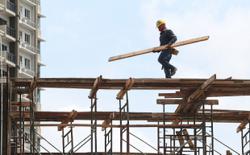