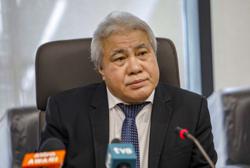 KOTA KINABALU: A high level joint committee on Malaysia Agreement 1963 is the only platform to resolve the rights of the Borneo states, says former minister in charge of sabah and sarawak Datuk Seri Dr Maximus Ongkili (pic).

He said without a joint committee it would be difficult to resolve key outstanding issues to overcome ministries trying to protect their own interests.

Ongkili said that the key issues still outstanding were the 40% reimbursement of revenue collected from Sabah, revision and repayment of backlog of grants under the Article 112D of Constitution, restoration of original rights of Borneo courts as well as the continental shelf issue and revision of the annual 5% oil royalty for the two states.

"All these matters can only be resolved through a joint committee involving the federal, Sabah and Sarawak governments as well as related federal ministries.

"Contrary to what the Prime Minister has said, it is not true that committees are not needed.

"The resolution of MA63 rights cannot move on without committees to resolve ministerial interests and selfishness because without committees, respective ministers will want to protect their turf and avoid losing power," Ongkili said in concurring with former law minister Datuk Seri Wan Junaidi Tuanku Jaafar statement for the need for a committee to resolve MA63 issues.

"These rights can only be resolved by putting together heads of people who are involved in the implementation machinery especially because such matters involve matters of law, policy and implementation.

"This is what happened in the past, nothing could ever be resolved because people moved in unitary fashion operating in silos," said Ongkili, who is Parti Bersatu Sabah (PBS) president.

Prime Minister Datuk Seri Anwar Ibrahim had indicated to Sabah leaders that he would prefer to go for direct implementation of outstanding MA63 issues instead of prolonging it with committees.

Ongkili said that they had previously made progress in issues pertaining Borneo states rights and were working on the outstanding matters with the government. 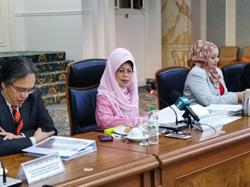