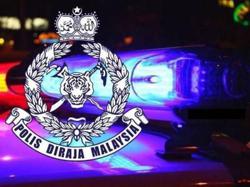 Detainees waiting to board the ferry bound for the Philippines.

KOTA KINABALU: A total of 469 Filipinos with various immigration violations were deported to their country of origin through the Sandakan port in east coast Sabah on Thursday (Dec 8).

Sabah Immigration director Datuk SH Sitti Saleha Habib Yusoff said the deportees comprised 385 men, 60 women and 24 children, adding this was the 20th in the series of deportation completed this year.

Sitti Saleha said the detainees boarded the ferry MV Antonia 1 that was bound for Zamboanga City in southern Philippines.

“The deportees only involved those detained at the Immigration depot in Tawau,” she said, in a statement here on Friday (Dec 9).

“All the detainees have committed various offences under the Immigration Act 1959/63 and Immigration Regulations 1963.

“The penalties imposed are based on the Immigration Act and the country’s laws which also involved up to the point of deportation,” she added.

Sitti Saleha said the Sabah Immigration Department has deported 5,394 undocumented migrants of various nationalities by way of land, air and sea transportation between Jan 1 and Dec 8 this year.

“We would like to remind all foreign nationals to ensure their travel papers are valid as well as having work permits to work in Sabah that are approved by the authorities before entering Malaysia.

“All enforcement agencies in the state will continue to take firm action against those who flout the law,” she said.

She added that the deportation exercise was part of the on-going operation by the Sabah Immigration Department to send home all detainees at its depots statewide.

Sitti Saleha said the department was also committed towards enforcement efforts to locate undocumented migrants and subsequently deport them after obtaining confirmation of their nationalities from their respective embassies.