AMPANG: Two gangs of motorcycle thieves were busted with the arrest of eight men in the Klang Valley and Negri Sembilan.

The members of the two gangs dubbed “Gang Patah” and “Gang Ajib” were rounded up in an operation codenamed “Ops Lejang” which began on Nov 25.

“We arrested four men aged between 34 and 40, who worked as mechanics and dispatch riders, in a series of raids.

“We also seized three motorcycles and the frame of a motorcycle,” he told a press conference at the Ampang Jaya district police headquarters here yesterday.

The gang targeted motorcycles parked on the ground floor of flats as well as motorcycles left at the road side, he said.

“We believe they have been active since last year. All four suspects have prior criminal records dating back as far as 2003,” he said.

The gang would strip stolen motorcycles for parts before selling them in the black market, ACP Mohamad Farouk said.

“All four of them also tested positive for methamphetamine. They have since been handed over to Wangsa Maju police for other similar cases after their remand expired on Dec 4,” he added.

In another case, ACP Mohamad Farouk said police detained another four men aged between 24 and 34 in Gombak as well as Rantau and Linggi in Negri Sembilan.

“The suspects used similar tactics of the previous gang, but the stolen motorcycles were stripped for parts mostly for their own use.

“They would steal motorcycles at random, and operated in groups of two or four,” he said.

Several items were seized from the suspects including three motorcycles, several cellphones, and various motorcycle parts, he said.

“All suspects tested positive for methamphetamine, while three have criminal records,” he said.

ACP Mohamad Farouk the successful arrests of the two gangs would not be possible without the assistance of the public. 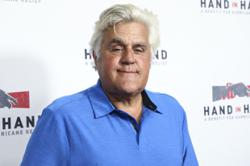