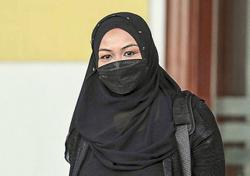 A younger sister of Emilia, Elisa Nani Hanafi, 38, said Emilia had shared with her unpleasant stories of the abuse and on Oct 20, 2015, her sister told her that she was beaten up by Faisal.

She said her sister had shared photos via WhatsApp that she was beaten up earlier that day.

"She told me that it has been going on for three to four years (since 2011) and neither she did tell anyone else nor did she want anyone to know, and had asked me to keep it confidential,” she said when reading out her witness statement at the trial of SM Faisal who is charged with voluntarily causing injury to Emilia.

The sixth prosecution witness said Emilia also sent photos of the bruises on her thigh and marks on her hands, around 8pm on Oct 20, 2015 with photos of a torn birthday card.

"I asked her what had happened. She told me Faisal had arrived from overseas between 2pm to 3pm (on Oct 20, 2015), and she and her son went to the airport to pick him as a surprise.

"After arriving home, she cooked healthy food for him as she knew he was on a diet. She then proceeded to make him salmon with lemon sauce, avocado, olives and spinach.

"When he was served, he threw the plate with food that was served at her and the plate shattered.

“He also ‘campak’ her (Emilia) to the floor multiple times. After the incident, Emilia told me that Faisal tore up his birthday card (given to him) and locked Emilia out of their bedroom that is located on the third floor,” she said.

The witness said she had insisted Emilia confide in someone who was older and wiser to give her proper advice, however, Emilia disagreed to tell their mother about the matter because she did not want their mother to worry.

"I then begged her (Emilia) to tell someone and suggested Mak, Faisal's mother and after persuading, she agreed,” the witness said, adding that she and Emilia finally met Faisal’s mother at her house in Bukit Tunku.

The witness said on Nov 22, 2015, Emilia told her that Faisal continued to beat her up, and again, asked her to call the police to go to her house in Serene Kiara immediately, because she was scared.

"I asked my husband, Carl, to accompany me to Emilia and Faisal’s house at Serene Kiara and called the police to escort me to that house because my sister was being beaten up and assaulted by her husband,” she said.

Elisa Nani said when she and the police arrived at the house, Faisal greeted them nicely and one of the policemen asked, “Masalah apa ini?” (What is the problem?)

She added that Emilia opened the door and looked in fear and they both hugged and cried. She also saw bruises on her face.

Emilia then asked the police for help while crying and explaining that she had been assaulted and beaten.

SM Faisal, 43, is charged with voluntarily causing hurt to Emilia, 43, at a house in Desa Sri Hartamas, Brickfields here between 12.30pm and 4.30pm on Nov 22, 2015 under Section 323 of the Penal Code and punishable under Section 326A of the same Code that provides imprisonment for up to two years or a maximum fine of RM2,000 or both, if convicted.

The hearing before Magistrate Nadia Othman continues on Jan 5. - Bernama 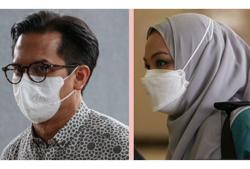