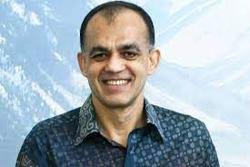 PUTRAJAYA: Prime Minister Datuk Seri Anwar Ibrahim says the issue of the purported monopoly of rice imports by corporate figure Tan Sri Syed Mokhtar Al-Bukhary should not be politicised as it was raised with the aim of helping poor padi farmers.

Anwar said he had a good discussion on the matter with Syed Mokhtar, who also agreed to give back RM10mil this month and RM50mil next year to the farmers.

"...and we will hold another discussion with the Finance Ministry on how Padiberas Nasional Bhd (Bernas) can assure comfort and justice to the poorly paid farmers,” he told a press conference after starting his official duties as the Finance Minister here Tuesday (Dec 6).

He said this when asked about Kedah Mentri Besar Datuk Seri Muhammad Sanusi Md Nor’s remarks that Anwar only dared to reprimand Syed Mokhtar because he is a Malay and easily bullied compared to other rich corporate figures in Malaysia.

The Prime Minister said it was not an easy decision to make as he had to face the same conglomerate just like the decision he made to reduce the frequency of lottery special draws from 22 times to only eight times a year, which had caused certain quarters to label him as anti-Chinese as it involved Chinese companies.

ALSO READ: Price of eggs to drop on Dec 6

Anwar said when there were businesses affecting the interests of the poor, including padi farmers in Kedah, he had to take action as the Prime Minister and the Finance Minister to help the group.

"I don’t make decisions without discussions. I know him (Syed Mokhtar). I know his company is big and I don’t mean to destroy his empire.

"I told him that this is for a better future for the poor padi farmers...I don’t understand why is this a problem. The Bernas issue has been going on for years and, for the first time, this is me saying enough is enough,” he said, adding that further discussions were hoped to bring more benefits to the farmers.

Anwar had previously criticised previous administrations for extending Bernas’ concession period, which gave it the power to monopolise rice imports.

On Monday (Dec 6), he said the government would look into the issue as well as the profits and turnover of Bernas, which is owned by Syed Mokhtar after he bought 31% of the company’s shares from Tan Sri Tan Boon Seng for about RM800mil and Datuk Seri Shahidan Kassim’s stake for RM400mil. - Bernama

Price of eggs to drop on Dec 6 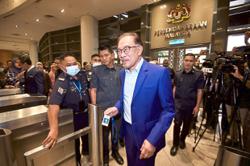