Compiled by CHOW HOW BAN, CASSANDRA VICTOR and R. ARAVINTHAN

The event served to highlight the lack of a hall for assemblies, the congested school canteen and the need for a science lab.

Headmaster Mohan Govindan said the school’s additional building was completed two years ago but more needed to be done.

He said the school, parents and pupils were thankful to the state government, state exco members J. Arul Kumar and Nicole Tan, as well as Rasah MP Cha Kee Chin for making the project a reality.

However, he said the school still lacked facilities and the pupils pleaded for these creatively through their performance.

Datuk Seri Dr S. Xavier Nathan, who was the special guest, pledged to help fulfil the school’s needs and started the ball rolling by donating RM44,400 to the school fund.

This led a group of young entrepreneurs headed by businessman Dr Thinakaran to donate RM15,000 while the Seremban-based LS Square company contributed RM12,500.

Timappa Harijan, 60, said to be an alcoholic, apparently suffered a mental breakdown several months ago.

Unknown to his only daughter who was taking care of him, the elderly man began swallowing coins regularly.

When he suddenly became very ill, x-rays by doctors at the Raichur hospital revealed the big number of coins lodged in his stomach. The surgery was a success.

The patient is reportedly in a stable condition. 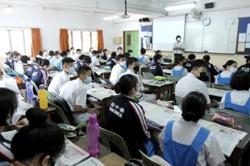