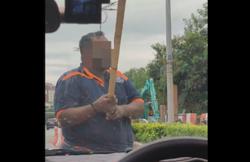 PETALING JAYA: Police have urged the owner of dashcam footage showing an apparent road bullying incident to come forward and help in the investigation.

The one-minute clip shows a motorist giving way to a blue Perodua MyVi at a junction near Jalan PJS8 while another blue MyVi is waiting at the junction .

Moments later, the second blue vehicle is seen overtaking the recording car and coming to a complete stop along the road.

The driver of the vehicle then gets out and gestures aggressively at the dashcam owner before driving off.

"The incident occurred near Menara The One Academy.

"Based on the footage, the incident was believed to have occurred at 5.05pm on Tuesday (Nov 29)," he said in a statement on Wednesday (Nov 30).

He said checks revealed that no accident or injury to any motorists occurred in the incident.

"We urge the owner of the footage to come forward and help our investigation.

"We have opened investigations under Section 42(1) of the Road Transport Act for driving recklessly and dangerously," he said, adding that the case was investigated by Insp Muhammad Hisyam Azih.

ACP Mohamad Fakhrudin urged motorists to be courteous and law-abiding. 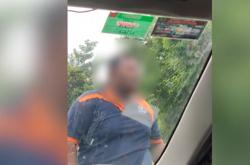