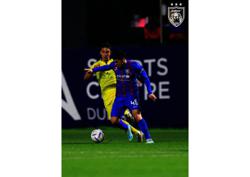 This comes on top of the holiday that Prime Minister Datuk Seri Anwar Ibrahim declared for Monday.

“Following the announcement (by Anwar), the state government upholds the decree from His Majesty to declare this Sunday a holiday,” he said in a statement yesterday.

The 2022 Malaysia Cup final, to be held at the National Stadium in Bukit Jalil today, will see JDT take on Selangor.

The holiday, declared in accordance with Sections 8 and 9 of the Holidays Act 1951 (Act 369), would make it easier for JDT supporters to watch the final as well as allow them time to plan and organise their journey, said Azmi.

Johor observes the weekend on Fridays and Saturdays.

He also thanked Tunku Mahkota Johor Tunku Ismail Ibni Sultan Ibrahim for being an inspiration to the youth and for supporting the state’s athletes.

“Let’s all go together to the National Stadium and continue supporting JDT,” he said.

This is the fourth time this year that the state has been given a public holiday outside the holiday calendar.

The first time was on Sept 11 after JDT won the Malaysia FA Cup, and again on Oct 16 after the Southern Tigers clinched their ninth straight Malaysian Super League title.

Nov 20 was given as a replacement holiday in conjunction with the 15th General Election. 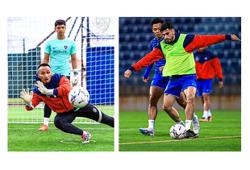