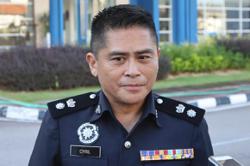 KUANTAN: "Superman" Hew Kuan Yaw has been arrested over a speech that allegedly contained elements that could disturb public order.

Pahang police chief Comm Datuk Seri Ramli Mohamed Yoosuf said that on Nov 17, police investigated a video of a political ceramah held in Raub Perdana, Raub where Hew was giving a speech in the Cantonese dialect.

"Part of the video has been spread on the mass media and social media and received negative reaction from the public," said Comm Ramli in a statement.

He said that on Wednesday (Nov 23), the Pahang CID, with assistance from Bukit Aman CID, arrested the 52-year-old Hew in Puchong Jaya, Selangor.

"Investigation is being carried out under Section 4A of the Election Offences Act 1954 for promoting feelings of ill-will or hostility as well as under Section 505(b) of the Penal Code for making statements that can cause public alarm," said Comm Ramli.

Hew was also being investigated under Section 233 of the Communications and Multimedia Act 1998 for improper use of network facilities, he added.

Comm Ramli said Hew was investigated under the same section for a separate speech given at a political ceramah in Taman Pandan Mawar, Melaka on Nov 18.

He said police would apply for remand and Hew would be detained at the Dang Wangi district police headquarters while his statements were being recorded.