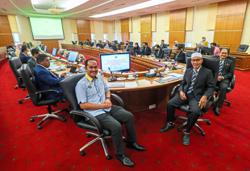 KANGAR: Mohd Shukri Ramli (pic) began his official duties as Perlis Menteri Besar by clocking in at his office at the Perlis State Legislative Assembly Complex here at 9am on Wednesday (Nov 23).

Mohd Shukri said the job would provide him with a new experience and that he would strive to carry out his duties well for the people of Perlis.

"Today is the beginning of a new life for me after not going to an office for a long time since I retired as a teacher,” he said when met by reporters.

The Sanglang Assemblyman, who is also Perlis PAS commissioner, took his oath as Menteri Besar before the Raja of Perlis Tuanku Syed Sirajuddin Putra Jamalullail at Istana Arau yesterday.

On the line-up of the state Executive Council (exco) members, Mohd Shukri, who is also Perlis Perikatan Nasional (PN) chairman, said he had submitted the list for approval by the PN central committee.

PN succeeded in forming the Perlis state government after winning 14 of the 15 state seats and all three parliamentary seats - Padang Besar, Arau and Kangar - in the 15th General Election (GE15). - Bernama 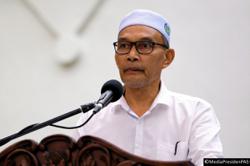 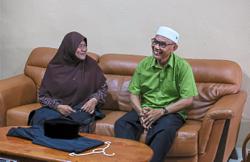