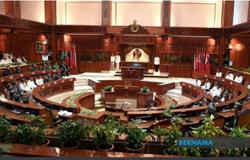 KOTA BARU: There should be a new township to prepare for the spillover effects of development in Pengkalan Kubor, says Tumpat PAS candidate Datuk Mumtaz Md Nawi.

"My wish is to see the revival of the Pengkalan Kubor town.

"We should have a new town to prepare for the spillover effects of building the Pengkalan Kubor bridge.

"If we are not ready then we won't be able to fully benefit from the development," she said.

This comes after an announcement by Prime Minister Datuk Seri Ismail Sabri Yaakob on development plans in Tumpat, Kelantan that will include new bridges, towns, highways and township.

Mumtaz said Tumpat had three years to prepare for such development activities so that it could receive full benefits as the projects are scheduled to be completed in 2026.

On tourism, Mumtaz said that while Tumpat is a known attraction with 12 beaches, the constituency still lacks a big hotel.

"We should rope in investors and encourage locals to be involved in the resort."

In terms of traditional food, she said that it was also popular here.

"We have eels, village chicken and others that are all locally made," she said.

Mumtaz also spoke about cross-border security, saying it needs to be strengthened to tackle smuggling.

"We have taken some actions to turn some 'red’ areas 'green’ so that there are no drug addicts and smuggling activities. If we can mark a clearer border line, then it will be easier," she said at a press conference on Tuesday (Nov 8).

Mumtaz will be facing a four-cornered fight in her first parliamentary campaign.