GE15: Shahidan and Ismail to be punished for their defiance, says Umno veep 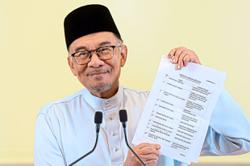 "They ought to know that they are bound by the party constitution and rules," he told reporters after a Wayang Kulit Performance Programme organised by the Thai community at Padang Terap here on Thursday (Nov 3) night.

The incumbent Padang Terap MP said he regretted Shahidan and Ismail's defiance of the party by contesting under the Perikatan banner.

There are three parliamentary constituencies in Perlis: Arau, Kangar and Padang Besar.

He went on to serve Umno in other portfolios and returned as its MP in 2013 until Parliament recently dissolved.

Abdul Hadi also announced that Ismail would be defending his seat in Pahang under Perikatan.

Ismail, a four-term MP, won in Maran in 2018 with a 3,756-vote majority defeating Hasenan Haron of Bersatu and Ahmad Farid Ahmad Nordin of PAS.

The big fight in little Perlis 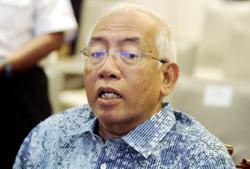