Meeting officiated by Indonesian ambassador Hermono (left), to iron out problems which still hamper the entry of Indonesian domestic helpers although MOU has been signed. On right is President of National Human Resources Malaysian Zarina Ismail. — FAIHAN GHANI/The Star

KUALA LUMPUR: The system that will be used to recruit Indonesian domestic workers is expected to be fully operational in November, says Indonesian Ambassador Hermono.

He said that job order requests are currently being processed manually before the system comes online.

"There are still some technical issues that need to be fixed," said Hermono after a business meeting involving Malaysian and Indonesian recruitment agencies here on Monday (Oct 10).

Hermono said that the Indonesian embassy had received a total of 43,064 job orders for domestic workers, more than other sectors such as plantation and manufacturing.

The One Channel System (OCS) will be the only channel to recruit Indonesian domestic workers recognised by both governments after a memorandum of understanding was signed on April 1.

The implementation of the OCS was one of the major issues heavily discussed as the Malaysian Immigration Department had earlier insisted that its Maid Online System (SMO) should remain as the recruitment channel.

This led the Indonesian government to temporarily freeze labour recruitment for all sectors to Malaysia on July 13, citing a "breach of agreement".

However, on July 20, after the Joint-Working Group meeting held between Indonesia and Malaysia, both governments agreed in principle to integrate the OCS and SMO.

"Malaysian authorities are responsive towards issues we brought to them.

"Both sides are committed to fulfil the MOU and there is no possibility of any parties breaching the agreement again," said Hermono, adding that any future adjustment could be discussed through official talks. 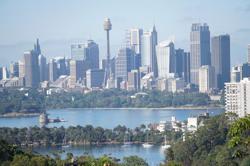 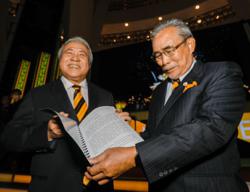