KUALA LUMPUR: The improvement of rural infrastructure for the well-being of the people, with a focus on areas in Sabah and Sarawak, continues through the allocation of RM2.55bil in Budget 2023.

Finance Minister Tengku Datuk Seri Tengku Zafrul Abdul Aziz said the allocation included rural roads worth RM1.5bil which will benefit 110,000 residents including, among others, the route from Kampung Orang Asli Bawong in Kuala Kangsar to the Kemar Resettlement, also in Perak.

In addition, he said a total of RM472mil in funding would be provided for the Rural Electricity Supply project, which will benefit residents in 2,100 households.

"A total of RM381mil has been provided for the Rural Water Supply and Alternative Water Supply projects, which will benefit 4,800 houses, including residents at the Risda Palong Estate in Jempol, Negri Sembilan.

"For the village street light project, through the new installation of 6,800 units of lights as well as maintenance, a total of RM123mil has been allocated, in addition to RM54mil for the initial work of building and replacing 85 dilapidated and unsafe bridges,” he said when tabling the Supply Bill 2023 at the Dewan Rakyat on Friday (Oct 7).

He also announced that grants under the Malaysian Road Records Information System (Marris) would be increased to RM5.2bil, and the system's scope would be expanded to cover state agricultural road maintenance work under the purview of the Agricultural Development Board.

He said state governments will also be allowed to use Marris allocations to repair roads, bridges and drains damaged by floods, in addition to using up to 20% of the funds for out-of-scope maintenance.

As for the Mobile Bank initiative, Tengku Zafrul said an allocation of RM11mil has been made available to support the initiative, for the benefit of the rural population.

Meanwhile, he said a total of RM3.7bil would also be provided to implement small and medium projects throughout the country.

"These include RM500mil allocated to G1 to G4 class contractors to carry out maintenance of federal roads, small bridges, houses of worship, and infrastructure damaged by floods.

"Financing for bumiputra contractors involved in electrical and construction (will be) through the Express Contract Financing Scheme (SPIKE), with an allocation of RM20mil,” he said.

According to him, the government has also initiated the Kontraktornita initiative to support the participation of more bumiputra women contractors, through RM50mil worth of small projects specifically for G1 to G4 female contractors. – Bernama 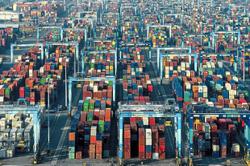