PETALING JAYA: Rafizi Ramli says Malaysians can nominate themselves to contest in the 15th General Election (GE15) as PKR candidates.

In a press conference broadcast on his Facebook page on Thursday (Oct 6), the PKR deputy president said this was alongside nominations from its members and leaders to help the party widen its talent pool.

He said the move was taken as the party believes that the existing nomination process needs to be revamped and improved to ensure that only candidates who meet the criteria and are eligible can be nominated.

“Those who are interested can register at http://www.calonkeadilan.org/. The website has been launched today and will be online until next Thursday.

“However, if Parliament is dissolved tomorrow or next week, the party will close entries earlier,” he said, adding that PKR was expecting to receive 10,000 registrations from across the country.

He said those who fill in the nomination forms will be subject to certain conditions under the official website and they will go through a screening process by the nomination committee.

"Among the factors evaluated are experience in the party, contribution to the community, ability and expertise to be a representative of the people and social media reach,” he said.

For now, Rafizi said, online nominations are open for all 222 parliamentary and state assembly seats.

"But we know that PKR will only compete in certain seats when the seat negotiation process ends next week.

"If the competition between the candidates is balanced, PKR's central elections department will conduct a final process which is a telephone survey to evaluate the candidate by contacting voters in the area, that is around 500 to 600 people," he said.

Rafizi also said that individuals nominated by the party branches or wings will be given additional marks in the evaluation process since they are believed to have the ability to help the party in the election. 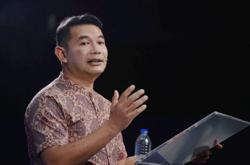