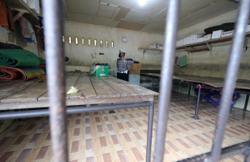 JAKARTA: A moderate earthquake measuring 5.7 on the Richter scale was detected in North Sumatra, Indonesia, at 3.28am (Malaysian time) Saturday (Oct 1).

The quake hit at 0228 Jakarta time Saturday (1928 GMT Friday) with the epicentre at 15 km north-west of the North Tapanuli district at a depth of 10 km, said the country's meteorology, climatology and geophysics agency.

Meanwhile, the Malaysian Meteorological Department (MetMalaysia), in a statement Saturday, said that the earthquake's epicentre was 286km south-west of Sabak Bernam in Selangor.

It added that tremors may have been felt in the Klang Valley, Selangor, Negri Sembilan, Melaka and Perak.

MetMalaysia said it would continue to monitor the situation and urged those with information on the tremor to fill out a form at the link https://forms.gle/xrnKwLo83vM8zmYG7.

Xinhua reported that the quake, followed by two tremors with magnitudes of 5.1 and 5.0, respectively, did not have the potential to trigger a tsunami.

So far there have been no reports of damage or casualties, including in the hardest-hit areas of the North Tapanuli district, the head of the Search and Rescue Office for the Nias Island of the North Sumatra province, Agus Wibisono told Xinhua via telephone.

The tremors were also felt in the nearby province of Aceh, according to the agency. - Bernama 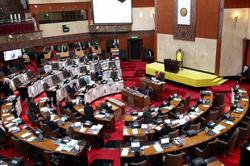