Courtesy call: Dr Wee and McFeeters having a discussion at the Transport Ministry.

The Transport Minister said this was relayed to him by US Ambassador to Malaysia Brian McFeeters who paid a courtesy call on him yesterday.

“We had a fruitful meeting to discuss several transport-related issues ahead of the 41st International Civil Aviation Organisation (ICAO) general assembly which will be held in Montreal next week.

“Ambassador McFeeters conveyed that the FAA was keen to meet with Malaysia on the sidelines of the ICAO general assembly to discuss Malaysia’s air safety rating.

He said Malaysia will make every effort to be re-elected to the ICAO Council Part III for the coming term.

“McFeeters and I share the view that compliance to ICAO conventions must be upheld,” the minister added.

“I am happy to receive feedback from the US Embassy that it has not received any complaint regarding our maritime cabotage policy,” he said. 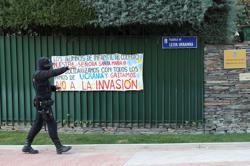