PUTRAJAYA: The Cabinet meeting tomorrow might discuss another issue of national interest and public importance – the 15th General Election (GE15).

Prime Minister Datuk Seri Ismail Sabri Yaakob said that he would raise the issue of the national polls with his ministers along with other matters, such as the economy and upcoming monsoon season.

“I will bring it to the attention of the Cabinet. It will be as soon as possible, perhaps even before the Umno top five (leaders) meet.

“There will be a Cabinet meeting this Wednesday before I leave for the United Nations General Assembly, so perhaps I will raise the issue in this week’s meeting,” he said after launching the National Energy Policy 2022-2040 here yesterday.

Ismail Sabri said discussions with Umno’s top five on the same issue are expected to take place before the party’s supreme council meeting, which has been scheduled for Sept 30.

He said the top leaders of Umno would usually meet before the supreme council convenes.

The “Umno top five” refers to the party president, deputy president and the three vice-presidents, of which Ismail Sabri is one. 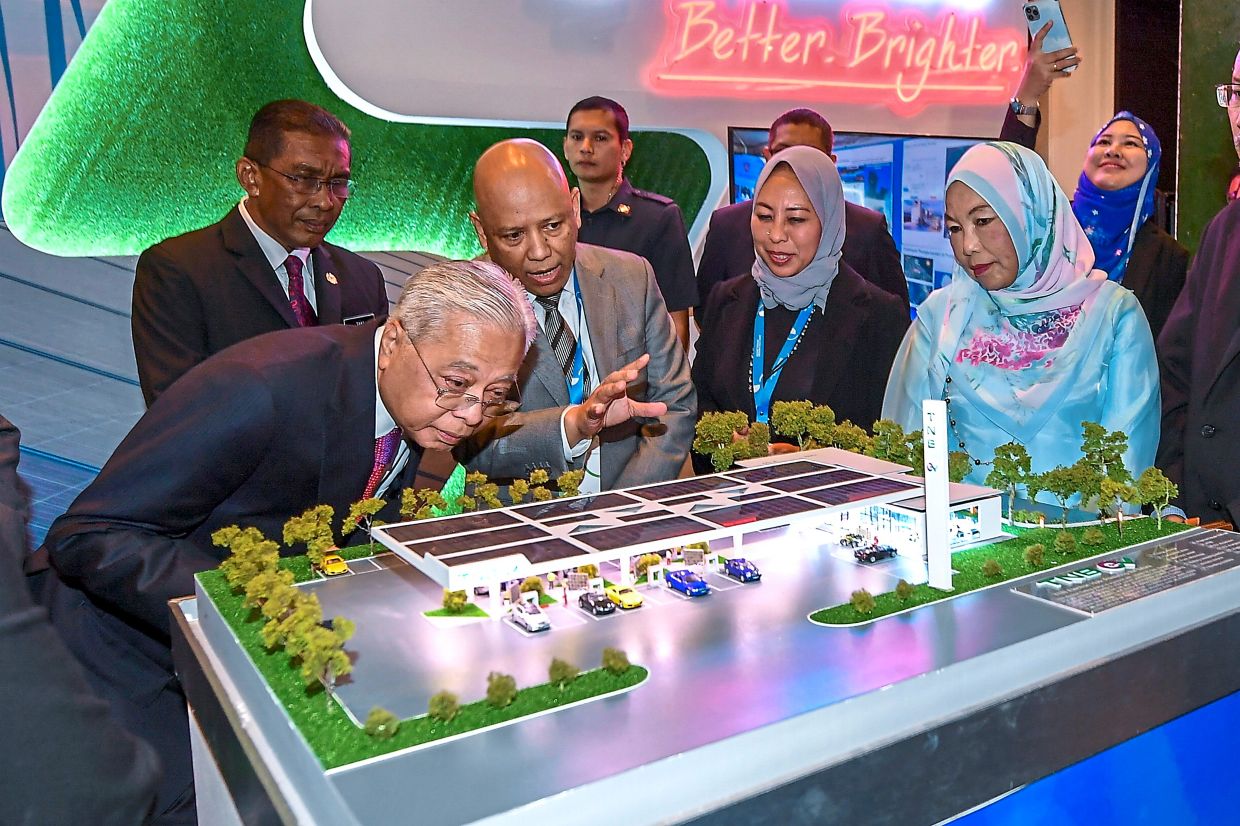 National interest: Ismail Sabri looking at a Tenaga Nasional Berhad exhibit during the launch of the National Energy Policy 2022-2040 in Putrajaya. — Bernama

On calls by Tan Sri Muhyiddin Yassin for national polls to be held if the country’s economy is not being properly managed, the Prime Minister pointed out that the former premier also advises the government on the economy in his capacity as the National Recovery Council chairman.

“In terms of economy, we have (Minister in the Prime Minister’s Department) Datuk Seri Mustapa Mohamed managing it as well as the council, which is chaired by Muhyiddin.

“The council also advises the government, so this is a collective responsibility. If it (the economy) fails then everyone fails, including (the council),” he said.

Ismail Sabri was commenting on a statement by Muhyiddin, who said it was better for the Prime Minister to call for the general election.

Muhyiddin, who is also Perikatan Nasional chairman, said that Ismail Sabri could not be oblivious to the slide of the ringgit, which had affected food imports.

On whether it was appropriate for the general election to be held during monsoon season, the Prime Minister said, in jest: “That’s a good question. Perhaps the media can interview the public on this.”