PETALING JAYA: Datuk Seri Rina Harun has come under fire again, for the release of a video which was seen to be demeaning to women.

In the clip, actor Datuk Rosyam Nor berated women for “always being late”, and urged them to attend a Women, Family and Community Development Ministry event or he would “smack them on the head”.

“Everything is late when it comes to women. Wake up, wake up from your sleep!” he was heard saying as Rina, who is the minister, and her officials stood beside the actor with smiles on their faces.

Pengerang MP Datuk Seri Azalina Othman Said was not at all pleased. She felt the word “women” should be removed from the ministry’s name after the fiasco.

“All efforts taken by the ministry in combating violence against women have been in vain,” Azalina said in a tweet.

Rina also rushed to undo the damage, criticising Rosyam in a speech yesterday.

“I told Rosyam, do not undermine the efforts and determina-tion of women,” she said in a video posted on her Instagram account.

The clip, meant to promote the ministry’s entrepreneurial programme at the World Trade Centre Kuala Lumpur, has garnered over 200,000 views so far.

Association of Women Lawyers committee member Meera Samanther criticised the very existence of the video, saying the people involved should be held accountable for allowing it to be published. 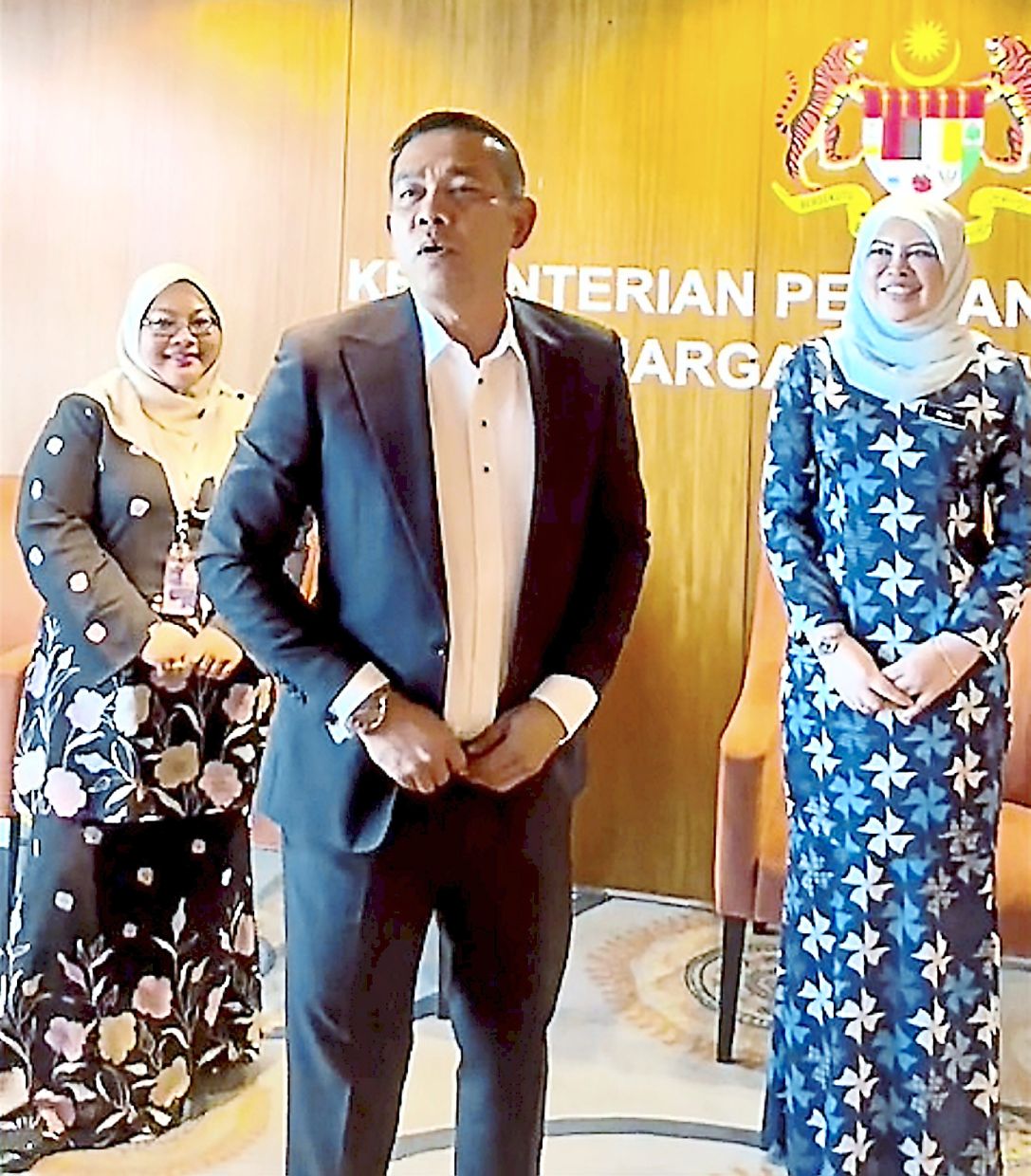 No smiling matter: Rosyam and Rina (right) have been heavily criticised by politicians and citizens. — Screengrab from social media

“This was an announcement to promote an event for women but the delivery of the message was insulting and demeaning to women.

“They should apologise. Rina should also apologise for permitting the video to be aired,” she said.

Segambut MP Hannah Yeoh also called on the Prime Minister to dismiss Rina, saying it was Rina and her deputy who needed to wake up.

“How could a minister allow such a script and promotional video that downgrades and disparages women? There has not been any progress on women’s issues under Rina’s three years in the Cabinet,” she added.

Rina is no stranger to controversies.

In December, a spotless Rina was seen in a video cleaning the floor of a school in Salak Tinggi with a waterjet after floods.

She was called out by numerous social media users for “putting on a show” while frontliners were working to aid flood victims without any publicity or reward.

In late March 2020, the then Women and Family Development Ministry under Rina also came under fire for “household happiness” posters that urged women to adopt a coaxing attitude and a “Doraemon voice” when dealing with their spouses.

There was an outcry from netizens who were outraged by the video, with many calling it “embarrassing” and “normalises violence against women”.

Meanwhile, Rosyam told mStar that it was never his intention to belittle women, but instead he intended to inspire them to rise up and be passionate about advancing themselves.

He said his words in the video that has since gone viral should be seen from a positive perspective.

“The programme is to encourage women to rise in business. So there is no issue of me degrading them,” he said.