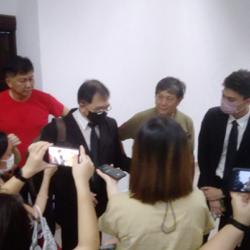 Without naming the seats, he said the decision was made by the party based on their assessments of their chances of winning.

"We may not contest for too many seats because we want to conserve our sources for those seats that we think are winnable.

"One of the seats is currently held by our secretary-general Baru Bian (Selangau). He may defend it or move on to other places – that we do not know yet," he told a press conference after the party's Third Triennial Delegates Conference here Saturday (Aug 27).

Wong said PSB would try to collaborate with other local-based Opposition parties to face Gabungan Parti Sarawak (GPS) in GE15.

Despite this attempt, Wong did not rule out the possibility of the Opposition parties facing each other in several parliamentary seats in the state.

"We are doing fine (in negotiations). For most seats, it is going to be a one-to-one fight against GPS. Meaning, that only one representative from our five parties will go against GPS.

"But of course, one or two seats that we cannot agree on, we will have a three- or four-cornered fights. Wherever possible, we will try to have just one candidate from among the five parties," he said.

Meanwhile, Baru said the party would also try to work and negotiate with all Opposition parties, including DAP, Parti Keadilan Rakyat and Amanah for the coming election.

Previously, it was reported that Sarawak DAP chief Chong Chieng Jen said the election seat negotiations between both parties have reached a dead end after the PSB president said Sarawak DAP must "sacrifice" one parliamentary seat.

Only elections for the 31 parliamentary seats would be held for the coming GE15 in Sarawak as the state had just held its state election last December. – Bernama 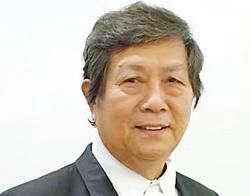