PETALING JAYA: It is ironic that the person who was tasked with drafting the Pakatan Harapan manifesto has now accused the Prime Minister of lying to the people, says Umno information chief Shahril Hamdan.

“Wan Saiful accused the PM of lying to the people about the meeting.

“First, the people don’t care about the Bersatu and DPM drama.

“Second, it is quite funny because the accusation of lying to the people comes from the person who drafted the Pakatan manifesto,” said Shahril in a Facebook post on Tuesday (Aug 16).

Wan Saiful said what actually happened was an informal chat over lunch.

Shahril also described Wan Saiful as “rude” for accusing the Prime Minister of being afraid to meet the Perikatan delegation on Aug 4.

“If he is saying the Prime Minister is scared, is he also saying that the government is ready to go to the general election if any parties withdraw support or ‘push the button’?” Shahril questioned.

Shahril said the Aug 4 meeting with Perikatan representatives took place and the Prime Minister issued a statement after that, where views were exchanged from both sides.

“The Prime Minister stressed that this is the time to focus all efforts on solving people’s issues and recover the economy.

“But, Wan Saiful seemed to be triggered again. He said a lunch cannot be deemed as an official meeting.

“I want to ask Bersatu, what are they expecting here? To be fawned and pampered?” Shahril said.

On Aug 13, Ismail Sabri said the meeting took place on Aug 4 at the Dewan Rakyat meeting in the Parliament building, where both sides had exchanged views.

PAS vice-president Datuk Seri Ahmad Samsuri Mokhtar had said on Monday that Perikatan was trying to obtain another appointment with the prime minister to follow up on the Aug 4 meeting.

On Aug 15, Wan Saiful said the Aug 4 meeting was an informal meeting and asked whether the Prime Minister was afraid he would be questioned during an official meeting. 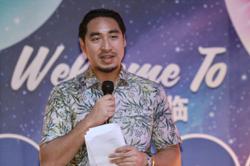