Came for the food, stayed for nature

Adventurer: Martin posing during his travels in Sabah, including a visit to the Desa cattle farm near Mount Kinabalu (below).

KOTA KINABALU: Luke Martin has travelled the globe in search of new gastronomic experiences to share with his followers.

He also tells the stories of the people he meets on his social media channels.

The 28-year-old food and travel influencer, who hails from New Brunswick, Canada, is in Sabah and enjoying the food as well as nature.

“The story has been about food and nature which is a bit different from my regular style, but I have really enjoyed it,” he said when contacted.

“I like to do a lot of eating in my videos, particularly sampling street food across Asia, and normally I wouldn’t include so much nature and wildlife.”

“Luckily the food here is still quite interesting (and) I was able to find some really cool things to film in terms of the local cuisine, but also my upcoming series is going to be unique because I will be covering a lot of nature and wildlife as well,” he added.

Martin has been in Sabah with his partner since Aug 3. They have visited the state capital and the Kundasang highlands in Ranau, among others, and are presently in the east coast Kinabatangan district.

So, what are the local cuisines that have triggered his taste buds? Besides the fresh and delicious seafood, Martin said it was their first-ever encounter with the sinalau bakas, or smoked wild boar.

“We rented a car and drove to up Kundasang and stopped along the way to try it.

“That was something I certainly had not seen anywhere before, let alone in the peninsula. Another that I have never seen or tried before was seafood bak kut teh in Sandakan,” he said.

But essentially, Martin said, it was the warmth shown by Sabahans that left a lasting impression on them.

“Certainly one thing I’ve noticed here was that people are friendlier compared with those in the big cities.

“We had a really welcome feeling by everybody and I was also surprised to find quite a few people in Sandakan who were actually familiar with my videos.”

Martin said they were also impressed with the wildlife conservation efforts in Sabah.

“I think the wildlife here has been stunning. We visited the orangutan, proboscis monkeys and sun bears in Sepilok, Sandakan.

“I found the attitude towards conservation was really strong here. It makes the culture and everything else unique.

“It’s really something special and I think people should not miss Sabah on their trips to Malaysia,” he added. 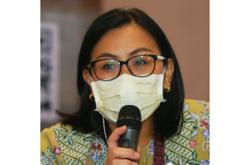