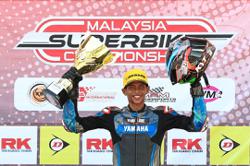 A reader alerted The Star about a nine-hour outage in SS3, Kelana Jaya that began at 4pm.

The reader was informed by the 15454 TNB Careline about an outage in Kota Kemuning, Shah Alam, Selangor and added that the person manning the line also said there were power outages in Negri Sembilan and Johor too.

She added that the power was unstable and a huge generator truck was sent to run the substation from 10pm on Friday. This provided power for 13 hours.

A quick check revealed that people took to the Tenaga Nasional Bhd (TNB) social media accounts to express their displeasure over the long wait for the power to be restored.

Facebook user Szeache said "@TNB Careline, there has been NO electricity in SS3 area TWO ROADS, since 12PM today. THREE reports were made to TNB at 15454," she said on TNB's Facebook page.

Similarly, Muss’ab Kamaruddin took to Facebook to make a complaint about areas in Senai which included Taman Beringin, Taman Dawani and Taman Aman as the power was still not restored at 1.39am.

He questioned why the power cuts only happened at night.

Another resident from Senai, Johor Nur Farhanah also took to Facebook to ask about the power cut.

"Please fix this quickly, the kids are feeling warm and crying," she said.

Similarly, @annisah_k said that she is frustrated that the power was still out at midnight, adding that the blackout began at 4pm.

"Called numerous times and was told someone will come so we just had to wait," she said.

Meanwhile, TNB responded on Facebook that the disruption in Bukit Siput was caused by a power tripping issue at the Bukit Siput Main Distribution Substation.

As for the incident involving SS2 in Petaling Jaya it said that repair work has been carried out, and temporary power supply was provided through generators in stages.

The power is said to be fully restored on Saturday (Aug 13).

"The supply was fully restored at 9.35pm yesterday.

TNB seeks the public’s assistance to keep an eye on suspicious individuals entering or trespassing its sub-stations, and to contact TNB CareLine 15454 immediately.

This they said this could prevent theft of TNB’s assets that could subsequently avoid instances of power disruption.