Yee and his turtle nest and turtle measuring works

KOTA KINABALU: A simple hope to have sea turtles protected and conserved led one man to a lifetime commitment of saving these sea creatures.

Since he started his mission in 2010, Alexander Yee has managed to see over 42,000 hatchlings returned to the sea, mainly from the island of Libaran in Sandakan district.

"It started with one surviving Green Turtle hatchling from a batch of 104 eggs in November, 2011," said the founder of the Walai Penyu Conservation Park.

It then increased to having seven turtle landings in December 2011, comprising four Green Turtles (280 eggs) and three Hawksbill Turtles (267 eggs).

From this number, only 97 Green Turtle and 81 Hawksbill hatchlings survived, said Yee.

"The rest is history; we have been getting more and more turtle landings and our work grew tougher, more so during the first few years due to resistance from villagers back then who ate the eggs," he said.

He managed to overcome the obstacles together with the various NGOs he worked with, including the Sabah Wildlife Department and Friends of Sea Turtles Education and Research (Foster).

Yee’s story amazed his friend and Economics academician Dr James Alin, who in 2019 co-authored the book on this journey with him.

The 100-page book titled "A Tale of 30 Thousand Turtles" details the journey of the sea turtle conservation work on Libaran island, and was launched at the State Library in Tanjung Aru near here on June 28 this year.

It also gave a brief history of how this whole mission started.

There were also challenges and ways to overcome the problems faced, and later how to conserve, protect and release these turtles listed out in the book.

It also mentioned how Yee almost gave up on this initiative, but got a sign to not stop when a sea turtle turned up in front of a tent he set up on the island, dug a nest and laid its eggs.

That moment was captured in a photograph, which was used as the back cover of the book.

"Standing on the brightly lighted stage, facing the audience that included the who’s who of the tourism industry, I felt humbled and slightly blinded by the bright spot-lights,” he said in the preface of the book.

"For a moment, the scene of the audience darkened and I was transported back to the shore of Libaran, under the stars of that secluded island, where I spent many nights releasing just-hatched baby turtles into the unknown waters of the Sulu seas," Yee wrote.

He was overwhelmed with emotions and had to hold back his tears.

He said this book is the story of Walai Penyu Conservation Park, on a secluded island off Sandakan, where he spent nine years of his life setting up a conservation hatchery for the sea turtles.

The book documents the journey of how from a seemingly hopeless situation, the project went on to release more than 30,000 baby turtles (as of 2018) and brought a ray of hope to the conservation work in Sabah, Yee said.

It also attempts to record and capture the essence of that endeavor so that those who come after, answering to the call of conservation work, can be encouraged to keep on trying and be assured that they are not alone in the tough journey of their works, he added.

Today, his works have become the reference for many environmentalists, while his success story inspires others to do more in terms of wildlife conservation.

All proceeds from the sale of this book will go to Foster. 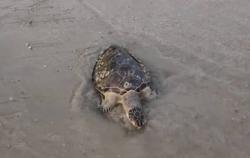 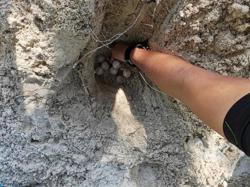