Better use of waste: Tuan Ibrahim (centre) at the MOU signing between Narendran and Nur Idatun Nissa in Cyberjaya. — AZHAR MAHFOF/The Star

Environment and Water Minister Datuk Seri Tuan Ibrahim Tuan Man said such an initiative was in line with the circular economy model and would boost the country’s green economy agenda.

“According to IWK’s records, around 2.97 billion cubic metres of sewage waste are treated and released into rivers each year while the resulting sludge is disposed of in a landfill.

“I am pleased to witness this collaborative effort between IWK and local company EMB Business to expand the potential use of wastewater for the production of biogas and ethanol products.

“I am optimistic that this collaboration will contribute to the vibrancy of the circular economy while at the same time reduce dependence on a single source.

“This partnership will also benefit downstream industries such as petrochemicals,” he said in his speech during the memorandum of understanding (MOU) signing ceremony here between IWK and EMB Business yesterday.

Since June, IWK and EMB Business have conducted a pilot study at the Cyberjaya Sewage Treatment Plant.

Tuan Ibrahim said the study found that every 15 litres of raw sewage could produce 15% butanol gas which could be used as cooking gas fuel and 1.5% ethanol for medical purposes as well as fuel for vehicles.

With the sewerage sector identified as an important component in realising the Water Sector Transformation 2040 agenda, he said the government had allocated RM6.75bil in the 11th and 12th Malaysia Plans for its development. 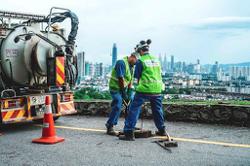