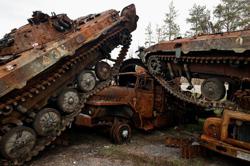 SIBU: The search operation for a 10-year-old boy who was feared drowned after the boat he was travelling with his family sank in Sungai Rajang in Kapit on Friday (Aug 5), has ended following the discovery of his body on Monday (Aug 8).

The body of Jenggut Antas was found by a member of the public who was fishing in the waters of Sungai Rajang near Kampung Bedil in Kanowit.

Head of the Fire and Rescue Station (BPP) Kanowit, Arrahman Chik said he was informed of the discovery at 3.34pm.

"Firefighters from Kanowit station helped to recover the body," he said, adding that the body was then handed over to the police from Kanowit District Headquarters for further action.

After the accident last Friday, the victim's father Antas Agang said the family was going to go to Kapit town to buy necessities.

However, their outboard engine broke down and caused their boat to drift before being hit by a barge.

Antas only managed to save his five-year-old daughter while his wife tried to save Jenggut but the strong current carried him away.