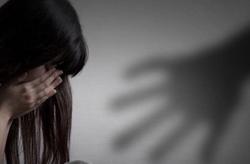 The accused being taken away after his sentencing at the Kuala Pilah Sessions Court.

KUALA PILAH: A 26-year-old man has been sentenced to five years in jail for possessing a knife at the Tampin police housing quarters.

B. Vimel, who is unemployed, pleaded guilty to the charge after it was read to him before Sessions Court judge Norma Ismail here on Monday (Aug 8).

He was accused of committing the offence at around 11.30pm on March 25.

He was said to have been in possession of a 24cm knife in a public area without a valid reason.

Vimel was charged under Section 6 (1) of the Corrosive and Explosive Substances and Weapons Act 1958.

Offenders can be jailed between five and 10 years upon conviction.

Muhammad Hafiz Leman from the Legal Aid Bureau, who represented the accused, appealed for a light sentence as Vimel had to provide for his 75-year-old grandmother.

The accused also told the court that he had no intention of using the knife to commit a crime or act of violence.

Deputy public prosecutor Muhammad Amirul Noor Hashimi urged the court to impose a sentence commensurate with the crime as the accused did not have any reason to be in possession of a dangerous weapon.