PETALING JAYA: Laws discriminatory against women are backward in thinking and should be amended, say two politicians.

"The Court of Appeal verdict reinforcing that Malaysian women cannot confer citizenship is devastating for Malaysian women. My heart aches for my Malaysian sisters and the pain they have to endure. I stand in solidarity with all Malaysian women and mothers in their efforts as they pursue this case at the Federal Court. Don’t give up the good fight," said former women, family and community development minister Tan Sri Shahrizat Jalil.

She also calls on leaders to demonstrate the political will to amend the Federal Constitution.

"When I was minister, we at the ministry ensured the amendment of Article 8(2) to include gender in 2001 because we believed in the inherent equality of Malaysian men and women. It is time to expedite an amendment that will once and for all affirm this truth and make it a reality," she said.

“Women have faced other forms of discrimination, such as lower salaries in the work market, lower chances of getting a job, and it is unjust if they face the same discrimination in our legal system,” he said when met by reporters after a SMEs free banner handing over programme at Ulu Tebrau, here on Sunday (Aug 7).

Puah said this when commenting on the Court of Appeal decision on Aug 6 that children born overseas to Malaysian women married to foreign spouses are not entitled to be Malaysian citizens by operation of law, in a 2-1 majority ruling.

The decision overturned a High Court ruling on Sept 9, 2021, that gave the children automatic citizenship.

The government should see the equal importance of this matter as the amendment made to the Constitutional (Amendment) Bill (No. 3) 2022 on provisions preventing Members of Parliaments from switching parties, he reiterated. 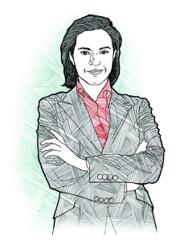