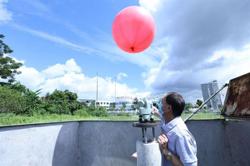 KUALA LUMPUR: State and District Disaster Management Committees in Sabah and Sarawak have been activated and will increase their readiness level following a warning issued by the Malaysian Meteorological Department (MetMalaysia).

The National Disaster Management Agency (Nadma) said in a Facebook post said that the order was issued following the Persistent Rain (Yellow) warning issued by MetMalaysia for several areas in Sarawak, including Mukah (Matu, Dalat and Mukah), Bintulu (Tatau and Bintulu), Miri ( Subis, Miri and Marudi) and Limbang.

The warning issued at 11pm on Friday (Aug 6) also involves Labuan as well as several areas in Sabah, including the interiors of Sipitang, Kuala Penyu and Beaufort, the West Coast and Kudat.

"Nadma through the National Disaster Control Centre (NDCC) will constantly monitor the situation of technical information parameters in collaboration with various technical agencies," it said. - Bernama 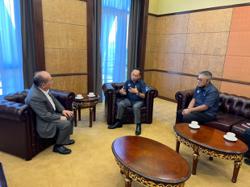