PUTRAJAYA: Children born overseas to Malaysian women married to foreign spouses are not entitled to be Malaysian citizens by operation of law, the Court of Appeal has decided in a 2-1 majority ruling.

However, the Appeals Court has made an order that the citizenship granted to the children of six mothers previously would remain intact until the outcome of a further appeal to the Federal Court.

The decision yesterday was reached after an appeal by the government, Home Ministry and National Registration Department director-general against the High Court decision.

The Association of Family Support & Welfare Selangor & Kuala Lumpur (Family Frontiers) president Suriani Kempe was disappointed with the outcome but said the association would continue to fight for the rights of the women.

“We stand firm in the belief that one day our government will see us, Malaysian women, as equal citizens, and that our children have just as much a right as the children of Malaysian men.

“This is indeed a setback, but we will not be deterred. We will appeal the decision at the Federal Court,” she said.

Family Frontier’s lawyer Datuk Seri Gurdial Singh Nijar said he would request for a full bench in the apex court.

“The dissenting judge said there was discrimination which was illogical, perverse and degraded the dignity of women,” said Gurdial.

Adlyn Adam Teoh, who was among the mothers who have received citizenship documents for their children, felt that the same rights should be accorded to other such mothers.

Lavinder Kaur, whose daughter was also born overseas, pleaded for an end to the discrimination against Malaysian women.

She said her daughter could not sit for her Sijil Pelajaran Malaysia in 2020. She was among the six who filed the lawsuit in December 2020, seeking a declaration that children born overseas to Malaysian mothers with foreign spouses should be granted Malaysian citizenship.

Suriani said Family Frontiers would push for amendments to the Federal Constitution to facilitate citizenship by “operation of law” for such children.

“On Dec 16, 2021, the Law Minister announced the formation of a Committee of Proposed Amendments to study citizenship matters. It was to submit its findings to the Cabinet and Conference of Rulers for their approval but it has been eight months and from what we understand, the committee has yet to meet,” she said.

Yesterday, the Court of Appeal ruled that the word “father” in Article 14(1)(b) of the Federal Constitution and its related provisions in the Second Schedule was clear and unambiguous and could not be construed to include “mother”.

Additionally, the grievances of Malaysian mothers can only be remedied through an amendment to the Federal Constitution by Parliament, and not via the courts, it said.

“Our lives and that of our children will continue to be affected by this devastating interpretation that perpetuates gender discrimination. This is a setback, but we will not be deterred,” said Suriani.

While children born to Malaysian fathers with foreign spouses abroad can be given automatic citizenship, Malaysian women have to apply for the child’s citizenship.

“Why doesn’t our government protect all of its citizens, both men and women?” asked Adlyn.

“Why the bias towards women citizens? We will continue to seek to end this discrimination against half of our population, against the daughters of Malaysia,” she said.

“Today’s decision has ripped my heart out as a woman and a mother. It smears the dignity of Malaysian women. Are we women so worthless in the eyes of the country,” asked Mashithah Abdul Halim.

“This is a pressing matter that affects the lives, well-being, and future of our children; and as such we will continue to fight,” said Patricia, an affected mother who is part of the Family Frontiers’ network.

“It is unacceptable that mothers are not deemed equal to fathers. Are we to accept that Malaysian men are superior to Malaysian women?

“We understand there is majority bipartisan support from parliamentarians to recognise equal citizenship. Hopefully, MPs can rectify this discrimination against Malaysian mothers,” said Josiah.

Klang MP Charles Santiago agreed, saying, “This is regressive and takes the country back to the Stone Age as far as women’s rights are concerned.

“This judgment doesn’t just undermine women’s equal citizenship rights but has adverse consequences on their childrens’ rights to education, healthcare, freedom of movement and inheritance,” he said.

“This is devastating,” tweeted @gaithiri_s, “I can’t describe exactly how it feels to be dismissed like this and your child rejected in your own country. You do not deserve her Malaysia. For now, taking a moment to weep and rage.”

Another user, @rda_sulaiman said: “At this point, political will from every politicians (sic) is very much needed.”

@shamalan_ said: “Enough with this gender discrimination! Malaysian women must be accorded equal rights to confer automatic citizenship on their overseas-born children, in law and in practice.” 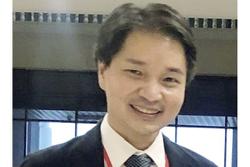