GEORGE TOWN: The latest move by the government to allow three industries - manufacturing, construction and services - to hire foreign workers from 15 countries will be able to solve the foreign labour shortage even if it means being more costly, say industry players.

"We need foreign workers to help in the housekeeping department," he said.

He said currently, hotels are charged RM10.50 per hour for each foreign worker by recruitment agencies compared with RM9 previously, adding that the cost is set to increase as it is more costly to bring in the workers and comply with minimum wages.

"The charges that I mentioned are the minimum charge only as there are some hotels that are paying more.

"Similar charges were imposed on all nationalities of foreign workers previously.

"However, I'm not sure what is the new charge for each nationality as the industry is still on the old contract agreement.

"Despite the increased cost, we have no choice as there are no local candidates who want to grab the work opportunity in the industry."

Berjaya Penang Hotel general manager Tan Yew Jin said the decision by the government would not only help the services sector, but other sectors as well.

"The decision is good but the government must act fast," he said.

Langkawi Business Association deputy president Datuk Alexander Isaac said the announcement was the best remedy at the moment to solve the foreign workers' shortage in the industries but stressed that execution is important.

The Tropical Charters Langkawi (TCL) chief executive officer also said he hoped that other sectors would be allowed to hire foreign workers from the said countries.

"The government should consider legalising illegal foreign workers who are already in the country as the move can save a lot of cost too."

"It is a good decision. We have been waiting for this for quite some time.

"Restaurant operators like me can now look forward to hiring more workers to help in our business operation."

"This move will allow us to keep our restaurant operating at an optimum level.

"I hope the process to recruit more foreign workers will be conducted smoothly," he said.

The Small and Medium Enterprises Association of Malaysia (Samenta) supports the plan to postpone the 80:20 quota for hiring foreign workers in the manufacturing sector.

Its central chairman Datuk William Ng said the quota would have mandated SMEs in the manufacturing sector to hire 80% local workers before being permitted to hire foreign workers.

"Our SMEs are not ready for this 'system shock' at a time when we are already facing the triple whammy of rising costs of raw materials, huge jump in minimum wages and a debilitating labour crunch," he said in a statement.

He said if the 80:20 quota is implemented as scheduled, the association expects further closure of businesses, which are already under tremendous pressure.

"It has been widely reported that the industry is short of between one million and 1.5 million foreign workers, primarily to do work that locals shun - specifically the 3D jobs (dirty, dangerous and difficult).

"Despite offering wages above the minimum of RM1,500, many SMEs find it difficult to attract locals to work in small factories.

"As such, it is wrong to assume that SMEs prefer foreign workers to local workers - especially since the costs of hiring foreign workers are far higher and complicated."

He said unlike larger factories that are better automated, SMEs generally require more feet on the shop floors.

"This is one of the reasons why multinationals outsource their more labour intensive work to SMEs.

"Samenta is looking at helping their members and SMEs in general to quickly automate and digitalise, but this goes beyond technology and requires mindset and process change that will take time." 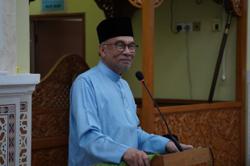