ANKARA: Prime Minister Datuk Seri Ismail Sabri Yaakob attended a slew of programmes including witnessing the exchanges of several memorandum of understanding (MOU) in the second part of his official visit to Turkiye.

The special aircraft carrying Ismail Sabri and his delegation from Istanbul touched down at the Ankara Esenboga International Airport at 11.10am (4.10 pm Malaysian time) yesterday.

He was received by Turkish Defence Minister Hulusi Akar before inspecting a guard of honour.

He is also scheduled to have a four-eyed meeting with Turkish President Recep Tayyip Erdogan today at the Presidential Complex in Ankara, followed by a Malaysia-Turkiye delegation meeting.

Earlier, during his luncheon with Malaysians residing in Turkiye, Ismail Sabri said the rise in inflation and prices of essential items were not only felt in Malaysia but almost all over the world.

He said some countries were facing higher inflation rates due to the steep rise in demand for goods and services since the reopening of economies after the pandemic.

That included Turkiye which recorded increases in food prices almost every week, he added.

He pointed out that the inflation rate in Turkiye has hit 78%, the highest in 24 years, compared to Malaysia’s 2.8%.

Ismail Sabri, who is on a four-day official visit to the republic, said what differentiated Malaysia from most other countries was the subsidy rate given by the government, which has exceeded RM77.7bil.

Meanwhile, Malaysians staying or studying in Turkiye admitted to being affected by inflation as costs of transport, food and household items recorded the most significant increases, with the cost of transport doubling during the year.

University student Muhammad Hafiz Ali said prices of food and amenities, including airfares, had also increased sharply due to inflation.

“The difference is huge and when we try to find a new house to rent, the cheapest would be around 4,000 lira (RM1,028) a month and most owners are not keen on foreign tenants. 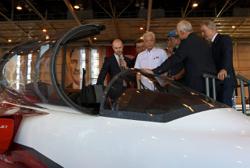