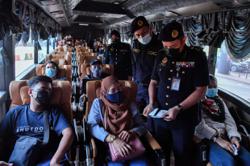 KUALA LUMPUR: Police drones will be deployed to lookout for emergency lane misuse as motorists make their way back to their hometowns for the upcoming Hari Raya Aidiladha.

Police secretary Deputy Comm Datuk Norsiah Mohd Saaduddin said the police would launch Ops Lancar from July 8 to 11 as traffic was expected to increase during this time.

"Through the Traffic Investigation and Enforcement Department, we have identified hotspots which are expected to experience heavy traffic.

"We will deploy, among others, police cars and police motorcycle patrol units systematically to ensure traffic flows in a smooth and controlled manner along the highways and state roads as well as city roads," she said in a statement on Thursday (July 7).

She added that accident prevention patrols will be conducted at certain locations, adding that this includes the deployment of police drones to identify emergency lane misuse.

"Motorists are advised to plan their journeys and be on the lookout for traffic information.

“They should be courteous and abide by the traffic regulations by not cutting the queue, misusing the emergency lane or parking their vehicles and causing traffic obstructions," she said.

DCP Norsiah added that the police through Ops Lancar are committed to ensuring the safety and comfort of the public in their journey to celebrate Hari Raya Aidiladha. 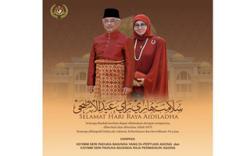