KOTA TINGGI: Two unemployed men have been charged at separate Magistrate’s Courts in Johor and Selangor with the murder of their girlfriends.

He allegedly committed the murder at KM6, Jalan Kota Tinggi-Kluang near Kampung Lipat Kajang at about 10pm on June 1.

Wearing the orange police lock-up attire, Muhamad Safuan said he understood the charge after it was read out to him before magistrate Rashidah Baharom. 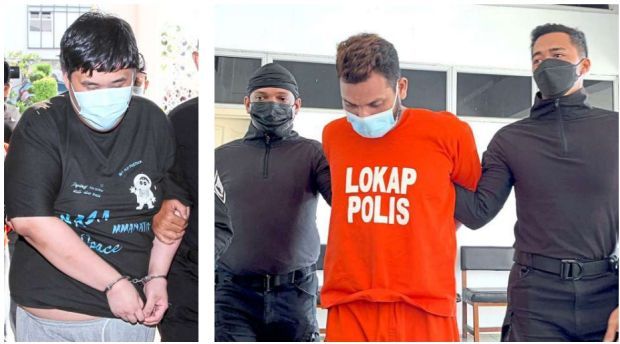 It is learnt that Muhamad Safuan had met the 35-year-old victim through an online chatting app and dated her for about two months before the murder.

He was charged under Section 302 of the Penal Code, which carries the mandatory death sentence if found guilty.

Muhamad Safuan was also charged under Section 15(1)(a) of the Dangerous Drugs Act with having methamphetamine in his body at the Kota Tinggi police headquarters at 1.25pm on June 23.

He pleaded not guilty to the charge, which carries a fine of up to RM5,000 or a jail term of not more than two years.

The cases were handled by deputy public prosecutor Muhammad Irsyad Mardi while Muhamad Safuan was not represented.

Rashidah set Aug 1 for the submission of reports.

At a Magistrate’s Court in Klang, Lee Wei Shen, 24, is accused of murdering his girlfriend at his house in Kampung Idaman, Port Klang, at 3.40am on June 26.

Bernama did not mention the name of the victim, a 16-year-old student.

Lee nodded when the charge was read out to him before magistrate Amirul Asyraf Abd Rasid.

Deputy public prosecutor Nuruljannah Aimi appeared for the prosecution while Lee was unrepresented.