The Johor Mentri Besar noted that the Johor Baru City Council (MBJB) has identified the existing squatter areas, which have around 50,000 residents.

“This would require the collaboration of all parties. We will work closely with local authorities as well as the Land and Mines Department to look into the matter,” said Onn Hafiz.

“The most important thing is to reduce bureaucracy and increase teamwork to ensure that all our plans could be realised,” he told the press after taking part in a gotong-royong in conjunction with the 100 Days Clean Johor initiative here in Sungai Segget.

On a separate matter, Onn Hafiz also said that the state government is planning to build another homeless shelter in the Johor Baru area.

He said that there are currently two homeless shelters in Johor, with one located in Taman Perling and another located at Larkin.

“The shelter in Larkin does not cater specifically to the homeless but also others while the one in Taman Perling is solely for homeless people,” he said

“We are planning to build another homeless shelter and MBJB is currently identifying a suitable location for the centre,” added Onn Hafiz, saying that information obtained from MBJB operations show that there are about 80 homeless people in Johor Baru at any one time. 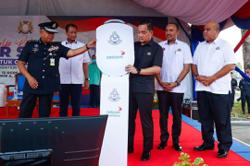 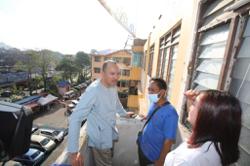